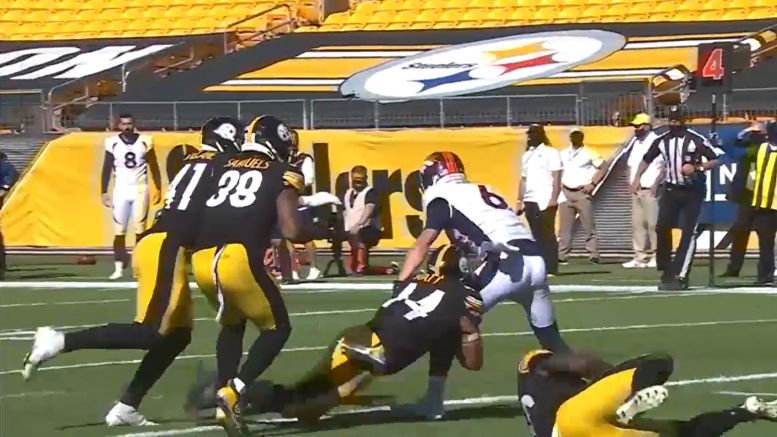 While the Pittsburgh Steelers do value NFL bloodlines, it certainly seems as though the media makes it a much bigger deal when they get a pair of siblings in the locker room. With the team set to host J.J. Watt’s Houston Texans this upcoming game, there were a lot of questions about the Watt brothers, with middle brother Derek choosing to sign with Pittsburgh and join T.J. this free agency period.

J.J. was an early first-round pick all the way back in 2011 who would go on to become just the second player in NFL history to win the Defensive Player of the Year Award three times. Derek was drafted by the Chargers in the sixth round in 2016 as a fullback. A year later, no doubt thanks in part to big brother’s success, the Steelers made T.J. a first-round pick in 2017.

Head coach Mike Tomlin spoke about NFL bloodlines yesterday, saying that “your dad’s exposure, your brother’s exposure, doesn’t make plays for you, but it does educate you, and hopefully raise the floor”.

But when he addressed questions about Derek signing this offseason, and whether T.J. was a factor, he rejected that line of thinking. “These guys are professionals, and Derek has to make the very best decisions for his family. He is married with a child, so I’m sure he didn’t come to Pittsburgh to play with his brother”.

He added that “it was a great business opportunity for him”, and it was. The Steelers gave him a three-year deal worth $9.75 million, which based on per-year average is the second-largest contract currently in the NFL for anybody at the fullback position.

Every time one of the Watts are interviewed, they’re asked a couple of questions about their brother, and yes, they’re close, they’ve even done a television show together and all that, but they are also autonomous individuals who have spent long stretches of their football careers as independent, individual beings.

The Steelers are also a professional organization and their scouts watch film. They knew the kind of player Derek is as a blocker on offense and a tackler on special teams, which is why they targeted and signed him. He already has four tackles this year and that included producing a safety on Sunday against the Denver Broncos.

Questions between the brothers were frequent during training camp. At one point, T.J. was asked if they gave each other anything extra in practice. He admitted perhaps a bit, but not enough to have Derek go calling their mother crying about it.

As far as practice goes, however, Tomlin said of T.J. that he is “a lone wolf from a preparation standpoint. I don’t know if he talks to anyone other than Bud [Dupree] in a practice setting”.