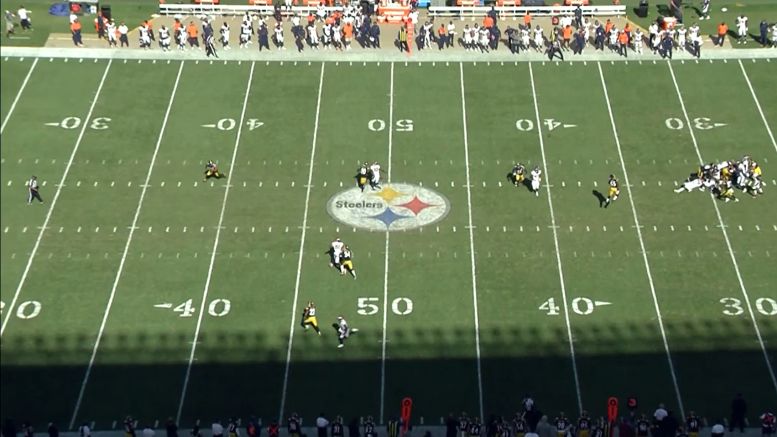 Sometimes there are games that feel much different than the scoreboard shows. One team may look like they are dominating the other on a play-to-play basis, but it doesn’t always come together in terms of points and the differential between the two squads.

That is what much of today’s game felt like, and there were a number of reasons for that, but the hidden yards and drives extended via penalty that the Pittsburgh Steelers on defense afforded the Denver Broncos, playing with backup quarterback Jeff Driskel, tells a lot of that story, even if the ending was the same as it ought to have been.

After playing pretty clean football in the season opener last week against the New York Giants, the Steelers looked anything but in terms of penalties today against the Broncos, and the defense was primarily responsible for this.

As a team, Pittsburgh was penalized 10 times that were accepted, resulting in a total loss of 89 yards, but the impact of those penalties goes beyond the yardage. Six of those penalties came on defense when the Broncos were in a possession down. They were given six first downs via penalty, and the majority of those penalties were at best unnecessary.

“We were highly penalized. We’ll look at the penalties and work to play cleaner, but it was an Achilles heel for us today”, head coach Mike Tomlin acknowledged. “It extended drives. It allowed those guys to remain in the game. We made the necessary plays. We bowed up when we had to on offense and defense and special teams, so we’re thankful for that. We understand early in the season we’re not going to be perfect. We were good enough to win. We’ll make the necessary corrections tomorrow and then push forward”.

That is one of the reasons that Driskell was able to throw for over 250 yards on 34 attempts, because he kept getting extended drives that he otherwise wouldn’t have had, keeping the defenders on the field longer than necessary. Virtually everybody in the secondary was penalized at some point, though it was the inside linebackers who gave up the scores.

Still, the feeling is that this was uncharacteristic play that shouldn’t be often repeated. We’ve already seen this defense play together last year and they were able to play cleaner ball. I have no reason to believe that this will be an ongoing problem.

And the team did manage to save itself a few times. After one Terrell Edmunds hold allowed a conversion on a late potential go-ahead drive, he later got a sack on fourth and two that forced a turnover on downs. After a Diontae Johnson punt return touchdown was called back via penalty, Ben Roethlisberger hit Chase Claypool a one-play, 84-yard touchdown drive.