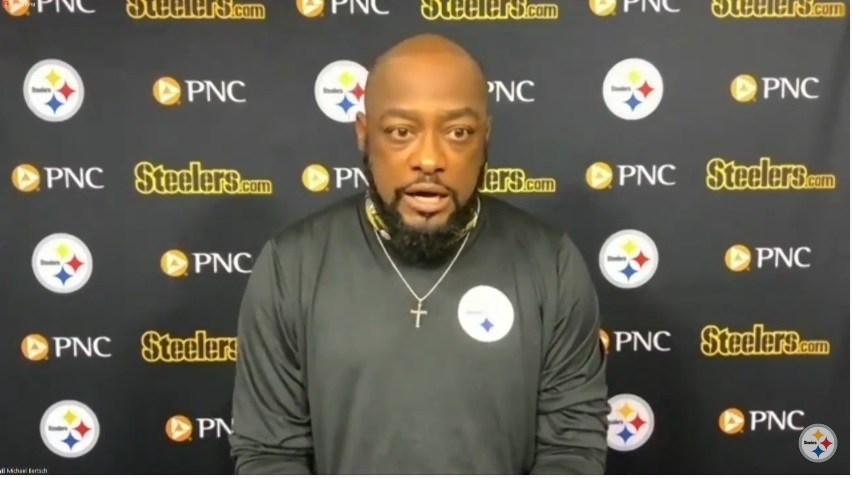 How do you prepare for a season in which nearly everything leading up to it has been different? How do you put together a plan to not only build but to train the most ideal roster in adverse settings, without even an exhibition period to evaluate your options efficiently? How do you know what you have when you can only measure yourself against yourself?

These are the questions that Pittsburgh Steelers head coach Mike Tomlin has had to ask and attempt to answer throughout the offseason, and now that the regular season is set to commence, a new set of challenges is thrown into his lap. But he takes solace in the knowledge that it’s a universal burden that all 32 head coaches around the game have to bear. And he sees it as a way to fuel themselves forward.

“There are nerves and jitters every time we walk out of the tunnel, at least for me, speaking for myself”, he told reporters on Tuesday when asked about the circumstances of entering the 2020 season. “But especially the first time you walk out in a season, or the first time you walk out, particularly in a circumstance such as this, with no preseason, and I think I’m really just focusing my energies on using that angst or anxiety in a productive or an appropriate way and working through it and finding comfort through work”.

“That’s what I’m gonna challenge our team to do, and I’m not gonna pretend like it doesn’t exist”, he added. “I think that’s a global thing, and I think it’s something that all of us in some form or fashion, or in one way or another, will have to deal with in 2020 here in the next seven days or so”.

Nobody in the NFL knows what it’s like to enter a season in which nobody had the opportunity to prepare throughout the preseason. There are so many more unknowns and so much more speculation than would normally be involved in the process. It’s an unavoidability at this point.

But managing that anxiety over the uncertainty will be the key navigating it successfully. Harnessing that energy that it creates in productive ways. You can’t know what you can’t know. So instead, work on what you do know and better yourself in those areas.

That comes even to gameplanning, especially for the Steelers with their first opponent being a team like the New York Giants, which has seen so much turnover from a year ago, particularly on the coaching staff.

Because of this, Tomlin didn’t waste too much time speculating on what he didn’t and couldn’t know. He had the team working through preparing themselves in the best way possible, by getting them ready for the knowns. The ‘jitters’ and the ‘angst’ of the unknowns can be energized to face them if you have everything else wrapped up.