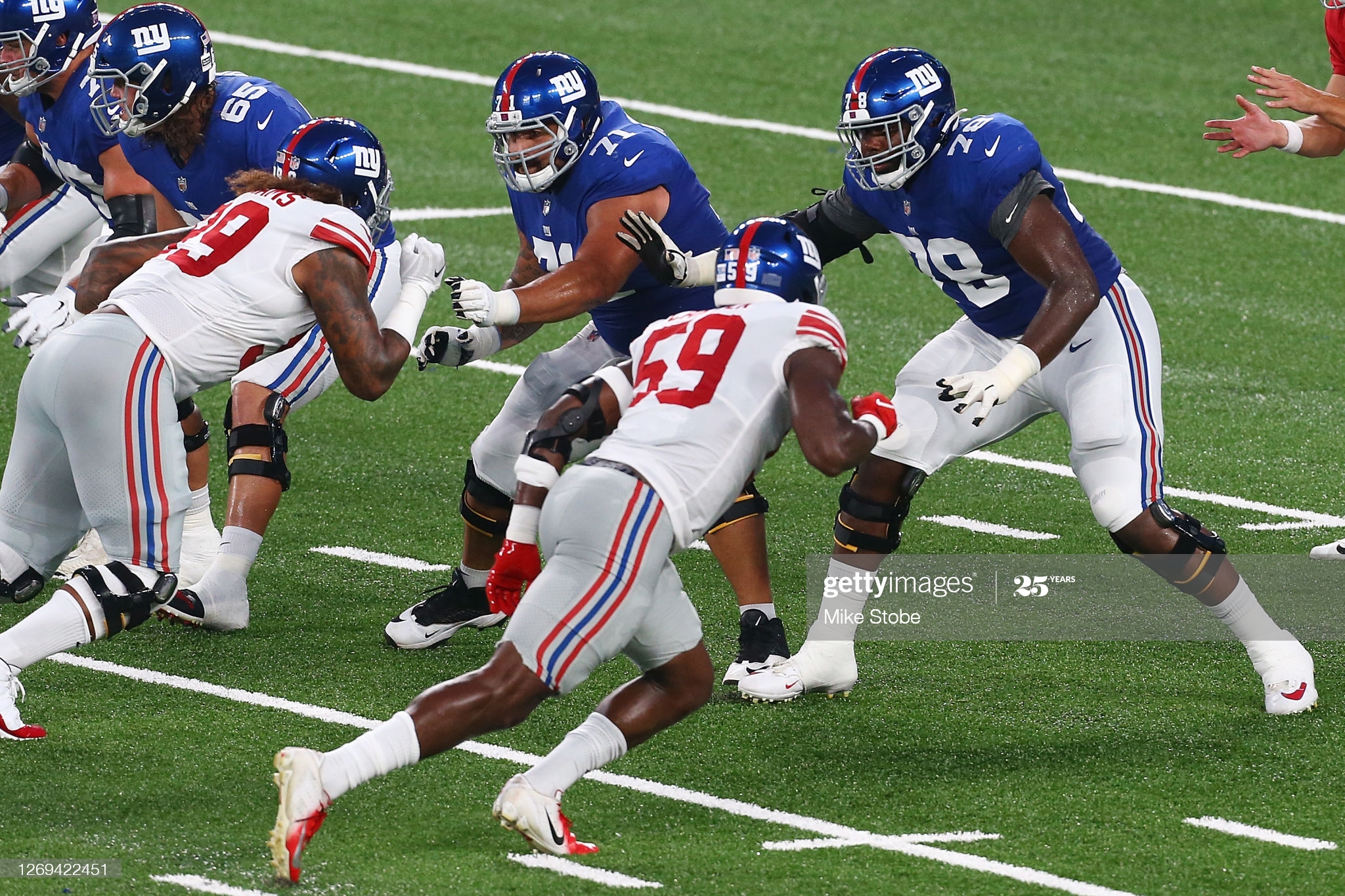 The Pittsburgh Steelers are just one of a number of teams who will have an interesting task on their hands during the opening week of the season: being the first opponent of a team that has seen a lot of turnover from a year ago, and about which generally little is known. In their case, it will be the New York Giants, who will host them on Monday Night Football.

The fact that they will be the last game of opening weekend could be to some advantage, I suppose. They will have the opportunity to digest the games that came before them to try to glean some information about how teams are able to successfully operate without the usual preparation process.

What they can’t prepare for is players that they have never seen in action before, and the Giants will have a few of them to throw in Pittsburgh’s way, including their new left tackle, Andrew Thomas, who was the fourth-overall pick in the 20200 NFL Draft out of Georgia.

A 21-year-old three-year starter with considerable quality experience at left tackle at the college level, Thomas was regarded by some as the top pass-blocking tackle in what was considered to be a strong and top-heavy draft class for the position.

Mike Tomlin took notice of him long before he knew he would be the first left tackle they face this season. He said of Thomas during Tuesday’s pre-game press conference, “he’s a high-pedigreed guy who we really, I could say coveted, but we knew we’d have no chance to get him in the draft, but we did have an appreciation for his talent level”.

The 315-pounder’s first NFL opponent will be Bud Dupree, the Steelers’ right outside linebacker, who is not only coming off a career year in which he recorded 11.5 sacks with four forced fumbles and 16 tackles for loss, but who is also playing under the franchise tag and looking to secure a windfall on the open market in March.

Who will rise to the challenge? Will Dupree manage to make Thomas look like a rookie? The Giants seem confident that he will be able to step in and play at a high level right away—first and foremost, because he’s been a quick study.

“He’s one of those guys, if you give him a coaching point, he’ll take the coaching point and we can move on really to the next thing”, their offensive line coach said. “That’s what you’re looking for in these young guys. Not making multiple mistakes, doing the same thing wrong over and over. That’s what’s been really fun to watch about Andrew. You can tell him one thing, and the next time he goes out there, he does it the way you’re looking for”.

But he hasn’t faced a live NFL opponent in a true game setting before. Not even in a preseason setting, of course. Nobody has ever truly threatened to tackle Daniel Jones. The bullets have never been real. They will be Monday night, and they’ll be fired out of a pistol wearing number 48.