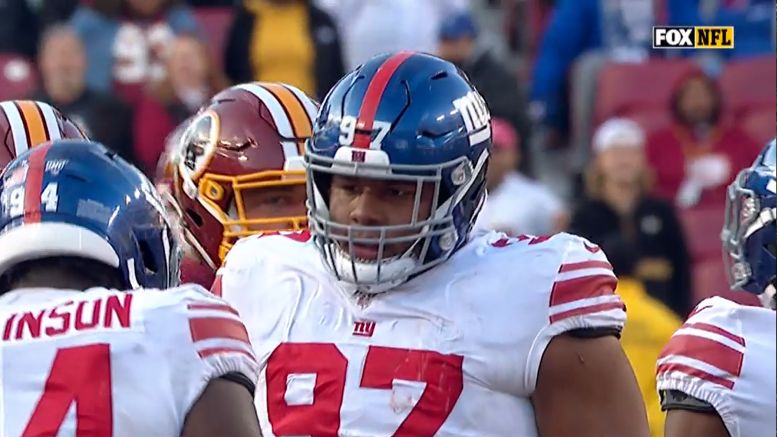 There are some things that certain teams just do in the draft. The Pittsburgh Steelers, for example, draft wide receivers, especially under head coach Mike Tomlin, and lately, the pedigree has been rising. For the New York Giants, one of their chief draft traits is taking defensive tackles high in the draft.

While they did not draft one this year, that is in large part because they have already taken care of the position in recent years, with the latest acquisition being Dexter Lawrence out of Clemson, the 17th-overall pick in the 2019 NFL Draft. He pairs with 2018 third-round pick B.J. Hill out of North Carolina State as their inside tandem.

As a rookie last year, Lawrence started all 16 games, registering 38 tackles with three for loss, two and a half sacks, a forced fumble, and a pass defensed, generating nine quarterback hits. His play widely received positive reviews over his 700-plus defensive snaps played for the Giants that year.

And the Pittsburgh Steelers will be his first opponent in 2020. You can count head coach Mike Tomlin as one of those who were dutifully impressed, not only in what they saw of him on tape with the Giants last year, but also going back to Clemson.

“I’ve seen those talents first-hand. That’s why I trooped down to Clemson, South Carolina”, he went on, “and watched him at his Pro Day and took him out to dinner the night before his Pro Day, just as a window shopper. I assumed that guys like him and Cleland and others that were down there were not going to be available to us when we were selecting”.

Tomlin spoke similarly of going to Alabama’s Pro Day in 2018 to watch Minkah Fitzpatrick. After they traded for him last year, he said they viewed it as a pipe dream to be able to draft him, knowing that they would never come close.

Lawrence actually was nearly available to where the Steelers would have been drafting last year. They held the 20th pick in the 2019 NFL Draft, but ended up trading up 10 spots to move up to 10th in order to take inside linebacker Devin Bush out of Michigan.

This of course means that they could have moved up to draft Lawrence if they really wanted to, but I’m sure everyone would agree that Bush offers much more value to the Steelers’ defense than Lawrence as a defensive tackle would be able to.

That doesn’t make him any easier for the Steelers’ interior offensive line to handle, especially with the report that David DeCastro will miss the game due to a ‘lower body injury’. The Giants may not be a great team on paper, but they do have some very talented players who can mess things up. Lawrence is one of them.