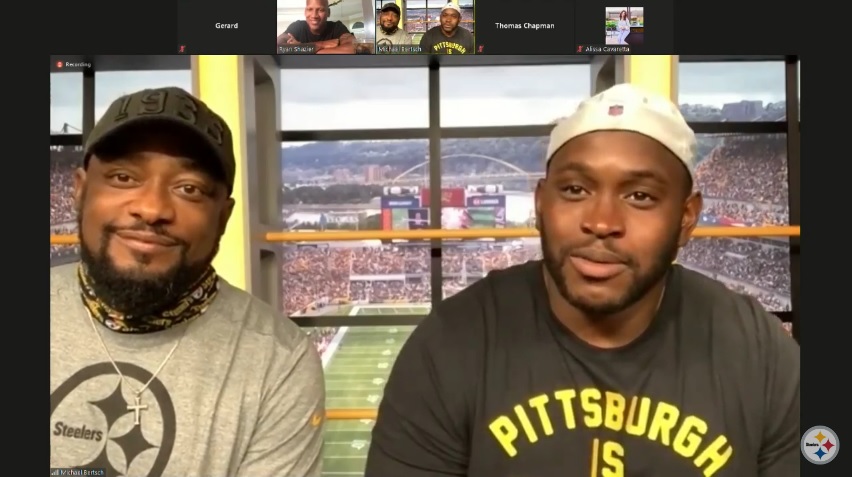 Hours after announcing his retirement, Ryan Shazier held a press conference with the media to discuss his decision and what’s next in his life. But before that happened, two special guests wanted to share a moment with him. Mike Tomlin and Vince Williams surprised Shazier at the start of his press conference, offering their thoughts and well-wishes for Shazier’s future.

“I got nothing but love for you man,” Tomlin started off by saying. “This is just the beginning man as you transition. We wanted to be here because we just want you to know we love you brother and really looking forward to watching you take the next step in life and being part of that as well. And seeing the greatness that God has in store for you in that chapter as well. Congratulations.”

Tomlin and the Steelers drafted Shazier 15th overall in the 2014 draft. Shazier quickly emerged as one of football’s biggest playmakers, recording six combined interceptions over 2016 and 2017. He made two Pro Bowls and finishes his NFL career with 299 tackles. Had he not gotten hurt, Shazier would still be one of the league’s premier defenders today.

Williams and Shazier were – and still are – great friends. Williams offered some touching words as Shazier officially exits the NFL.

“I just wanted to tell you man I love you and thank you for all the memories that we have together,” he said. “I just wanted to let you know Ryan, I really feel like you were always a much better person than you were a football player. And when you’re a person like that, that’s always going to translate to things off the field. I’m just so excited about watching you attack everything else the way you attacked football. With that lion’s aggression. I just wanted to let you know I love you bro, I’m excited about what you got going bro, and I’m happy I’m going to be here and get to watch with you.”

“We love you,” Tomlin said before exiting the call. “We miss you man. We can’t wait to get this COVID situation over so we can see a bit more of you.”

Kevin Colbert ended the Zoom call by jumping on, though he had some technical difficulties, to share some equally kind words and thoughts Matthew Marczi will be writing about in a separate article.

It’s moments like these that demonstrate beyond just words the bond the team has with Shazier. And when the organization says Shazier is a Steeler for life, they mean it. Check out the whole interview below. Well worth your time.