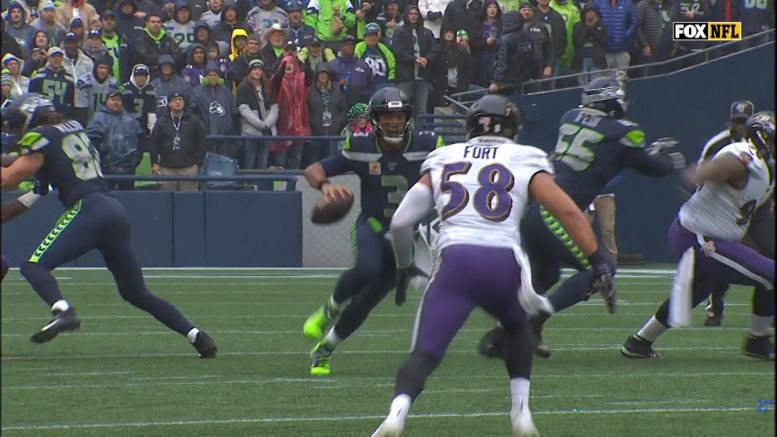 We have been talking a lot about Zach Banner and the road that he has taken since being a fourth-round draft pick by the Indianapolis Colts to being waived before the opener, up to the present day, since which time he has been named the starting right tackle of the Pittsburgh Steelers entering his fourth season.

And rightfully so. It’s a great story, to be sure. But it doesn’t quite compare to the path that former Steelers inside linebacker L.J. Fort had to forge to get to where he now is, after having officially been named a starter for the Baltimore Ravens alongside rookie first-round draft pick Patrick Queen.

Fort was originally signed in free agency in 2019 by the Philadelphia Eagles, signing a two-year deal that was worth up to $10 million. He was released after just four games and signed by the Ravens three days later.

He would go on to play in 12 games, starting eight, though only logging 254 snaps in a rotation, totaling 35 tackles and two sacks. They gave him a two-year extension worth $5.5 million in November, but he wasn’t guaranteed to continue to start by any means.

“I’m looking to go out to play. It’s whatever the coaches want me to do”, he told reporters a few weeks ago before being named the starter. “If it’s to play linebacker at a high level, I’m preparing to do that. If it’s to be a special teams ace, I’ll be ready to do that. Anything to help this team win, that’s what I’m about”.

“I’m a lot more comfortable with the defense and the scheme and everything this year”, he added. “Getting into those Zoom meetings and OTA meetings and actually getting the full install of the plays and everything, it’s been great. Definitely a lot less thinking on the field and just flying around and playing”.

When asked to compare the Ravens’ defense to others that he played in—remembering that that includes not just the Steelers but the entire AFC North, plus the Patriots, the Broncos, the Seahawks, and the Eagles—he said it was :”just the aggression”.

“You’re not overcoached here. You’re allowed to be yourself and make plays. At the same time, staying within the scheme of everything, you’re not harped on, like the tiniest details that keep you trapped in a box. Just being aggressive”.

And that’s where he’s finally settling in, at age 30, since originally signing with the Browns in 2012 out of Northern Iowa as an undrafted free agent. His time with the Steelers, spanning the better part of four years, was by far his longest stay in the NFL, but it looks like he’s finally found his voice in Baltimore.