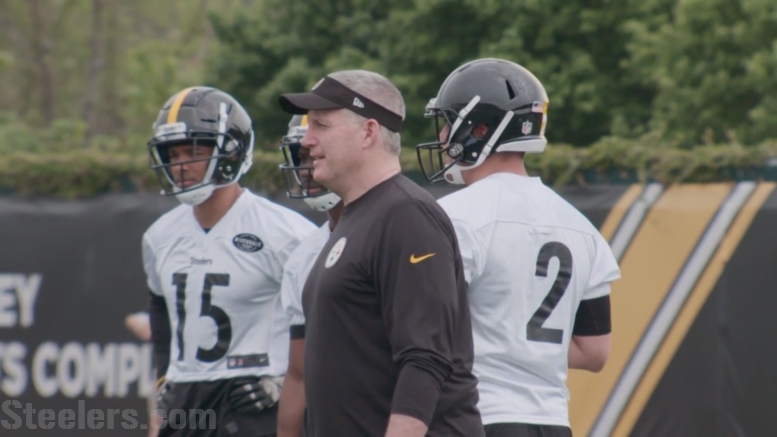 It would be an understatement to say that the Pittsburgh Steelers bottled up New York Giants running back Saquon Barkley in week one. He finished the game with just six rushing yards on 15 carries, and more than half of his rushing attempts went for lost yardage.

It was a remarkable collective performance by a very stout front including standout showings from the likes of Bud Dupree, Vince Williams, and Tyson Alualu, and one that wasn’t likely to be repeated. But for defensive coordinator Keith Butler, the Denver Broncos had a little something more to help them have a bit more success: former Steelers offensive line coach Mike Munchak.

“You know Munch knows us. He’s been here. He knows what we think in terms of our fronts and how we run things and our guys in terms of their personalities and where they play different runs and stuff like that”, he told reporters on Thursday, via transcript. Still, that wasn’t the only factor he cited.

“They had a couple of wind backs on us, started one way and then came back the other way. We didn’t do a good job of following back in those circumstances”, he added. “I think after the first part of the game, we kind of corrected it and tried to hold down a little bit. We played a little bit better at that point in time”.

The Broncos had good success early on, but that subsided over the course of the game. They finished with 104 rushing yards at exactly four yards per carry, but did not get into the end zone, and that included early back-to-back rushes of 17 and 16 yards by Melvin Gordon. After those two plays, they only had two further runs by a running back longer than six yards.

In all, the Steelers have allowed 133 rushing yards on 46 attempts so far this season, averaging 2.9 yards per carry. The yardage and average rank first in the league, and they are also one of only three teams who have not yet allowed a rushing touchdown, though they haven’t really faced many goal-to-go situations yet.

Can they continue that level of run defense against the Houston Texans? Though they haven’t necessarily put up the numbers yet, they have running backs who are talented, including what looks like a rejuvenated David Johnson, averaging five yards per carry on 22 rushing attempts so far.