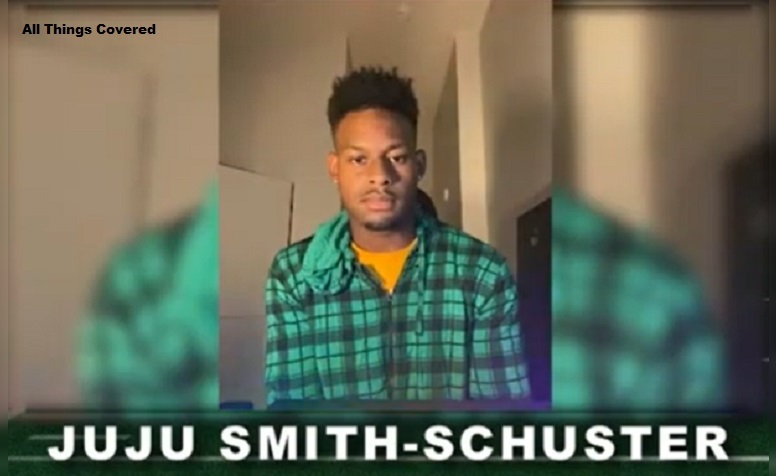 Pittsburgh Steelers wide receiver JuJu Smith-Schuster has had a nice start to the 2020 season as the team’s former second-round draft pick out of USC has already caught 17 passes for 160 yards and 3 touchdowns in the team’s first three games of the season. He’s on pace to catch 91 passes for 853 yards and 16 touchdowns and that would certainly be a good enough stat line to warrant him signing a very lucrative contract with some team by the end of March of 2021.

Smith-Schuster certainly understands he’s now in a contract year and thus poised to potentially be one of the top unrestricted free agent wide receivers on the market in March. Even so, and even though it will be his first shot at signing a very lucrative longer-term contract, Smith-Schuster sounds like he’s willing to give the Steelers a little bit of a break to remain with the organization past this season.

During a recent appearance on the ‘All Things Covered’ podcast with Patrick Peterson and Bryant McFadden, Smith-Schuster was asked about his NFL future past the 2020 season and specifically if it’s more important for him to potentially reset the wide receiver market next offseason, or just be in the best situation possible for him to be able to exceed all the expectations he has for himself.

“Oh man, I’m more so about to be in the best situation for myself,” Smith-Schuster said. “And if that means staying on a team, like I would love that. I would love to be a Pittsburgh Steeler for life. I’ve talked to other teammates who are on other organizations and it doesn’t really work out for them very well. Just because they’re offering more money, the grass is not always greener on the other side. I kind of like where I’m at with the grass I’m on. It’s very green. I’ve already established my brand, myself in this organization.”

Smith-Schuster certainly said all the right things in his response, and I think he genuinely meant every word he said. And while I’m sure the Steelers think very highly of him and thus will want to keep him past the 2020 season, the economics related to his perceived future market value and the 2021 NFL salary cap numbers might not allow for that to happen.

The Steelers 2021 cap forecast isn’t very pretty as we sit here in late September and especially if the league wide number doesn’t ultimately come in near or above what the 2020 number was. The Steelers will be hard-pressed to get cap compliant by the start of the new league year in March and that’s when Smith-Schuster, and several other current players under contract, are set to become unrestricted free agents.

Currently, Smith-Schuster’s new money average market value is right around $16 million. I could obviously be much higher than that come March if he continues to stay healthy and have a very productive season. Based on a 2021 leaguewide salary cap number of $175 million, the franchise tag amount for wide receivers is already projected to be $15.681 million. Obviously if the cap number comes in higher than $175 million, the franchise tag number will be higher as well.

Will the Steelers be able to clear enough 2021 cap space to afford a franchise tag on Smith-Schuster before the start of the new league year in March? It’s possible but getting to such a point would likely include a few veterans under contract for the 2021 season being jettisoned.

Will the Steelers be able to get Smith-Schuster signed to a long-term lucrative deal before having to use a tag on him? While that would be an option, and an option that would result in a 2021 cap charge for the wide receiver that would be much lower than the franchise tag amount, it would really be out of character for the Steelers based on the team’s history dating back to 2000.

Even if Smith-Schuster is ultimately willing to give the Steelers a little bit of a break to stay on the Pittsburgh green grass, such a discount wouldn’t likely be a big one. After all, the NFL is still a business and with contracts not being fully guaranteed, players need to get as much as they can every chance they can and especially when it comes to guaranteed amounts.

Like most of you reading this post, I love everything about Smith-Schuster. He’s a great young player that likely has at least five more years of particularly good production left in him if he stays healthy. I honestly hope that he gets his wish to remain in Pittsburgh past the 2020 season even though it seems like a longshot to happen as the 2020 calendar prepares to flip from September to October.

While we wait to see how the Smith-Schuster’s 2020 season ultimately plays out, at least he has the right attitude about his future just three games into it.

“So, at the end of the day, maybe we can come up with something where they’ll keep me here and I’ll be playing for another four years,” Smith-Schuster said.