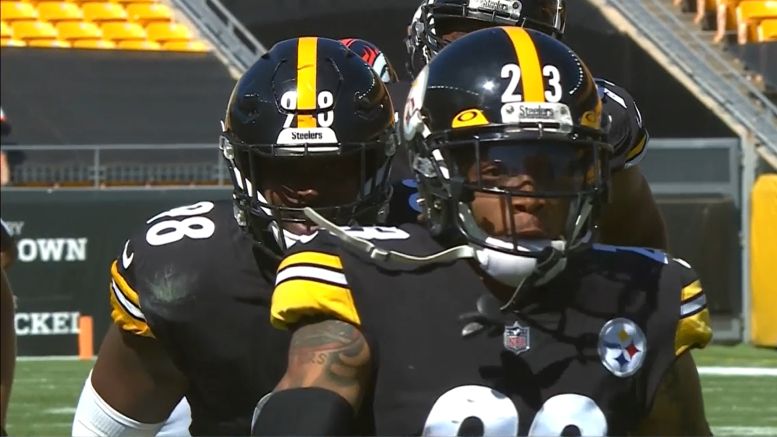 While the Pittsburgh Steelers’ pass defense has taken some fair criticism so far this season, against the standard that they themselves set a year ago with their high level of play, there is one player in particular who has stood out in coverage, at least according to Pro Football Focus, and that is veteran cornerback Joe Haden.

According to their data, Haden leads all qualified cornerbacks in the NFL through three weeks in passer rating allowed when targeted, allowing a 36.6 passer rating when he is the primary coverage player. That is a lower rating than if you just threw every pass right into the ground.

QBs when targeting Joe Haden have a rating of 36.6 👀 pic.twitter.com/pMQcWmrUdJ

So far on the season, in the site’s reckoning, Haden has been targeted 11 times, allowing five completions for a total of 91 yards, recording one interception without giving up a touchdown. He is allowing .71 yards per snap in coverage, and giving up a reception just once every 25.6 snaps in coverage.

Now in his 11th season in the NFL and his fourth with the Steelers, Haden has re-established himself as a quality starting cornerback. He was named (as an alternate) to the Pro Bowl last season after recording five interceptions in 2019, the most he has picked off in a single season since his rookie season in 2010.

Things are not faring as well for Steven Nelson this year, particularly by PFF’s numbers. According to their charting, he has allowed 11 receptions on 16 targets for 170 yards and three touchdowns. However, as always, there are some disagreements in their charting when it comes to assigning coverage blame. For example, they credited him with allowing a touchdown in the season opener in 2019 that basically everybody else disagreed with.

You always have to take these things with a grain of salt, because it’s impossible to fully account for every coverage assignment on every play, but it at least gives you something of a representative snapshot of a player’s general performance.

The truth is that the secondary as a whole could be playing better, even Mike Hilton, who despite putting up good numbers did allow a touchdown this past week and has missed a few tackles. They have him giving up 14 receptions this year on 19 targets for 179 yards, as well as one touchdown and one interception, translating to 2.24 yards per snap in coverage.

The good news for the secondary is that they have the best pass-rush support in the NFL from the likes of T.J. Watt, Bud Dupree, Stephon Tuitt, and Cameron Heyward up front. The pass rush the Steelers are able to generate is the envy of every other secondary in the league, I’m sure.