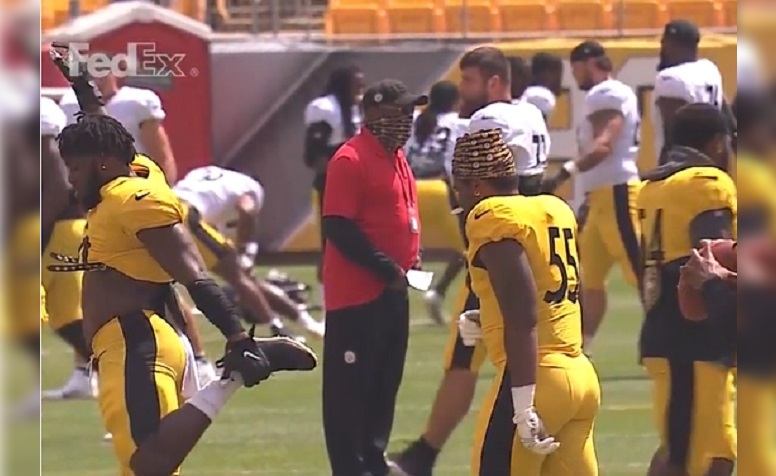 For some reason that isn’t entirely free of perplexity, the Pittsburgh Steelers are giving third-year safety Marcus Allen an extended if abbreviated crash course in the inside linebacker position. This appears to come off the heels of their decision to waive their fifth inside linebacker, Leo Lewis, from the 80-man roster.

Be that as it may, whether it’s a sound idea or not, the very process is made more complicated by the fact that the offseason itself was heavily truncated, by virtue of the fact that the pandemic left the NFL without an in-person Spring schedule, so OTAs were held virtually, and limited to classroom work for most teams.

This was the backdrop against which inside linebackers coach Jerry Olsavsky was discussing Allen’s foray into his position group yesterday, but he touched on something more broadly important, dealing with the circumstances in particular. “Marcus, it’s a new role, but he’s done a great job. He knows what he’s supposed to do”, he said.

“The pandemic really [messed things up]. We missed 2000 snaps”, he went on. “So when you think of that, that’s really two football seasons. So I tell that to my guys all the time. I say, ‘listen, we’re missing two football seasons’. We think about Lawrence Timmons. Lawrence Timmons played a thousand snaps a season. So think of all those plays that Lawrence made in two years. We missed all those”.

I’m going to take his word for it when he estimates the number of snaps that typically take place during OTAs and mandatory minicamp. The point is, that’s a lot of work on the field that the Steelers and every other team missed, and that’s huge for the young players in particular, as well as those who are new to the team, or to a particular role, as well as for the rapport and chemistry of guys working together in new groups.

So yeah, it would have been helpful for Marcus Allen if he could have started taking linebacker reps back in May. But it also could have changed things for Stefen Wisniewski, possibly competing for a starting job instead. It would have been good for Minkah Fitzpatrick to get in that work, even if he played at an All-Pro level last year.

Chase Claypool has been showing up here and there the past week and a half in training camp, but those live reps in the Spring would have been even better. Anthony McFarland, would’ve been good for him, too. You get the idea. The point is, and this is certainly not a revelation, a lot of time on the field was lost and can’t be made up. Exactly what toll it will take on the 2020 season really remains to be seen.