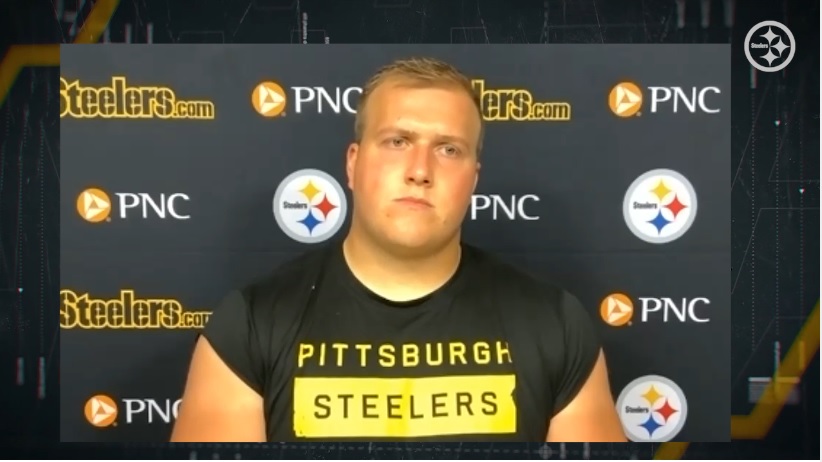 The one name that came as a complete surprise to make the 53 man roster has to be center/guard JC Hassenauer. While his inclusion on the 53 man roster may be out of concern over David DeCastro’s injury, Hassenauer has made his 53 and aiming to prove to coaches he belongs.

“My whole goal, my whole mission was to be ready whenever called upon,” he told reporters yesterday via the team website. “Whatever opportunity arose, I felt I was prepared for it. Now’s not the time to ease off or anything like that. Now is the time to intensify my work, take it to the next level, and prove myself. Not only to myself but to the coaches and to the team.”

Hassenauer’s taken a bumpy road to the NFL. Undrafted out of Alabama, he spent 2018 in Atlanta Falcons’ camp before getting released at final cutdowns. He played eight games in the AAF before signing a futures deal with the Steelers in April of 2019. He was again cut but brought back in late November and eventually elevated to the 53 while Maurkice Pouncey served his two-game suspension.

Versatility is on Hassenauer’s side and a driving reason behind why he made the team. Though undersized, he can play center and guard. With DeCastro questionable for Week One and Stefen Wisniewski possibly a little banged up too, Hassenauer became a little more valuable to the team. Under new league rules, teams can have have a 48 man gameday roster so long as at least there are eight linemen. Hassenauer is likely to get a hat for that reason and step in at center in an emergency.

The weekend was a special one for him. He avoided the dreaded “Turk,” the unfortunate individual in charge of telling players the coach wants to see them – and yes, bring your playbook – a kiss of death that means you just got caught. For however long he’s on the roster, Hassenauer says he’s going to enjoy the moment. And most importantly, ensure he makes this moment count.

“It’s a huge blessing. It was crazy. I don’t want to say I was surprised. But at the same time, I put in a lot of work. I’m ready to get to work.”