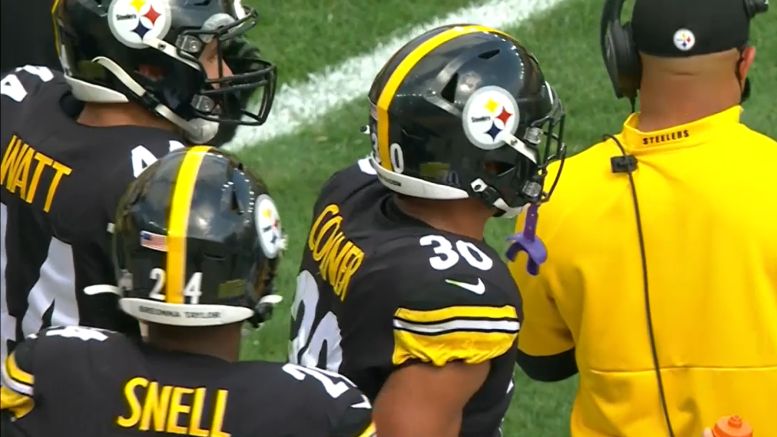 The Pittsburgh Steelers in the first half of Mike Tomlin’s tenure as head coach had a tendency to carry four running backs on the 53-man roster. That only really started deviating over the past several years. Even last season, when they ended up with five, they started the season with three.

Pittsburgh has carried four running backs (plus a fullback) so far this year, however, and they are finding ways to get all of them involved in one way or another, especially now that Anthony McFarland, the rookie out of Maryland, saw time on offense yesterday against the Houston Texans.

James Conner is still the lead runner, as his back-to-back 100-yard rushing games will attest to (though Benny Snell also had a 100-yard rushing game in the opener), but the Steelers are trying to incorporate as many as they can, something that the whole room is on board with.

“I feel good going into every game. I prepare myself real hard in the offseason, and week in and week out. It’s been nice to have the depth though”, Conner said after finishing his second complete game in a row following an injury scare with his ankle in the opener.

“Anthony McFarland came in there and made some huge runs for us”, he went on. “Benny came in, Jaylen came in, and so when we have a good group of guys who are all talented and special, it’s easy to feel good throughout the whole game just because we’re playing with one another”.

Samuels didn’t see a lot of snaps—in fact, he got one touch for one yard on a failed third-and-two play—but each of Snell and McFarland got seven touches on the day, the former seeing a lot of work in short-yardage situations. Conner had a season-high 22 touches and 149 yards from scrimmage.

As of this writing, Conner ranks fifth in the AFC (seventh in the NFL) in rushing yards with 224, averaging 5.6 yards per carry, and his average is eighth-highest among running backs with at least 15 attempts, while only 10 players have scored on the ground more than twice.

On the season, the Steelers now have 419 rushing yards and two scores while getting yardage at a good clip. Not only are they getting some explosive runs, having received contributions from three different backs in that department, they are posting successful runs at a good rate.

This has been a combined effort not just from the offensive line but from the blocking as well. Conner has actually picked up considerable yardage after first contact, though that was less the case on Sunday than the week before.

With a couple of players who have some experience and now a change-of-pace back, however, the Steelers can probably afford to give him more of a break than they have when healthy in the past. Whether or not that happens, we’ll see.