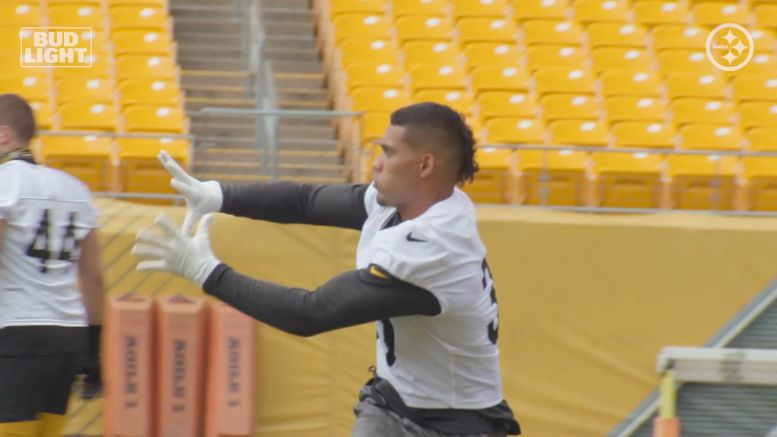 James Conner is entering the fourth and final year of his rookie contract with the Pittsburgh Steelers, a season set to begin with Monday night’s game against the New York Giants. A Pro Bowler in 2018, he is looking to rebound in a significant way this season coming off of a very down year that was marred by injury.

He is also looking to prove his worth to his team in 2021—a team that is unlikely to be the Pittsburgh Steelers, especially in light of the way that the running back market has seemingly resurfaced over the course of this offseason, from Kareem Hunt and Joe Mixon to Christian McCaffrey and Alvin Kamara and Dalvin Cook.

Conner is one of the few notable running backs from his draft class at this point, in fact, who haven’t gotten paid. And given the Steelers’ financial situation relative to the 2021 salary cap, as well as their commitment to building the position over the past few years, it seems like a given that another team will be paying him.

But that’s a subject for 2021—hopefully following a Super Bowl victory in February. Right now, his goal is to simply play as well as he can, for multiple reasons, including for that future payday. But most of all, he just wants to get out there on the field and play football.

“That is the only thing on my mind, giving everything to this game”, he told reporters last week. “I am built for it. Monday night will be a good time. It will be fun for me to get out there with this team, special group, put something special together”.

Conner dealt with a series of injuries throughout the 2019 season, most seriously a shoulder injury that he suffered midseason after rushing for 145 yards against the Miami Dolphins, one yard shy of the highest total he has had in his career on the ground.

The end result is that he played just 328 snaps for the entire year after logging 718 snaps in 2018, a season in which he also missed three games due to injury. As everybody who follows the team knows, his ability to stay on the field has been his biggest hurdle.

So getting out there with his team is the best thing that he can do both for himself and for his career. If he can actually get through a full 16-game season, or at least come very close to it, teams would feel much more comfortable with the prospect of throwing money at him than they would otherwise.