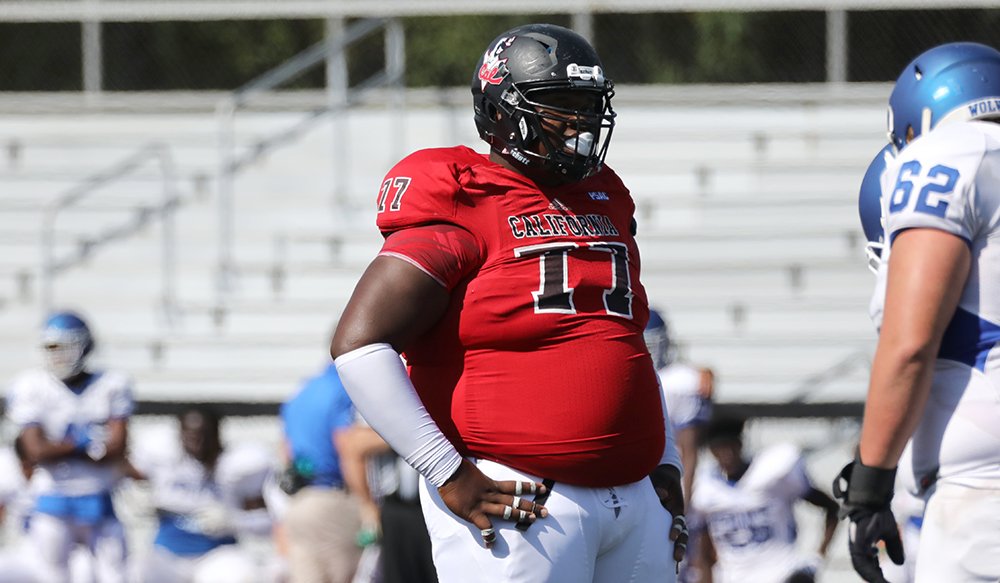 In some sad news to relay today, on multiple levels, it was reported that Jamain Stephens, the son of the former Pittsburgh Steelers player of the same name, passed away. A defensive lineman for California University of Pennsylvania, his passing was described by a posting by Central Catholic High School as coming “after suffering from complications of Covid-19”.

While the school has since taken down the post insinuating that his death was attributed to “complications of Covid-19”, Sports Illustrated confirmed that Stephens did inform former Central Catholic teammates that he had tested positive for Covid-19. In no small part due to the public backlash by those who continue to downplay the severity of the virus, the family and associated schools are now being very cautious about making attributions as to the cause of his death. But we do know that he died a relatively short time after informing friends that he tested positive.

On the Vulcans’ roster, Stephens is listed at 6’3” and 355 pounds. Entering his senior year, he had been a reserve lineman for the previous three seasons, registering six tackles and a forced fumble over the course of his college career.

One of the biggest concerns for the NFLPA was the fact that offensive and defensive linemen, due to their size, would be at greater risk of having adverse complications if they were to be infected with Covid-19. Stephens’ passing at such a young age, a person who was healthy enough to play football, should be a reminder that no age group is immune to suffering from the coronavirus.

The NFL saw several dozen players choose to opt out of participating during the 2020 season due to concerns pertaining to Covid-19, and a very large percentage of them were offensive or defensive linemen. The majority of players who took a medical opt-out were linemen.

Jamain Stephens, his father, was a first-round draft pick of the Steelers in 1996. He only lasted three seasons with the team, starting 11 games during that time, before being released due to a lack of conditioning, but would play three more seasons professionally with the Cincinnati Bengals, a tenure that included four more starts.

Even though his career didn’t remain in Pittsburgh, it was his son’s hometown, and he grew up there, attending Central Catholic and participating in two Vikings WPIAL championships, as well as a state championship at the end of the 2015 season.

The Steelers’ current roster is hardly immune to losing one of their own. Most of the roster that was there a year ago to experience the passing of former wide receivers coach Darryl Drake is still here. A number of players with the University of Maryland, as well as quarterbacks coach Matt Canada, also experienced the tragic passing of Jordan McNair, an offensive lineman, to whom Derwin Gray was a mentor.