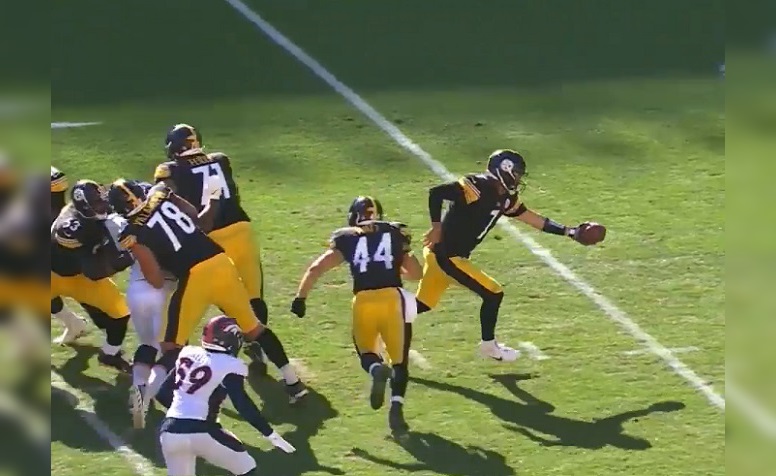 A long-anticipated Watt brother reunion will finally take place Sunday at Heinz Field in the game between the Pittsburgh Steelers and Houston Texans. While we already anticipate that Texans defensive end J.J. Watt and Steelers outside linebacker T.J. Watt will play quite extensively during that Sunday contest on the defensive side of the football, it’s still very unclear if the other brother, Pittsburgh fullback Derek Watt, will play much on offense against his oldest brother’s defense.

On Thursday, Steelers offensive coordinator Randy Fichtner was asked specifically about Derek Watt and the prospects of him starting to see more playing time on offense in games starting on Sunday against the Texans.

“I can see that,” Fichtner said. “Sometimes it all comes down to somewhat your mode of operation in game. Sometimes it comes down to availability of what players are available. I think as we are still finding our footing with this group of 2020 Steelers minus the offseason, I really believe you will see more of Derek [Watt]. I think he’s
warranted it.”

Fichtner went on to describe ways that Derek Watt might be utilized on offense moving forward.

“One of the things to be able to do is to always be able to back certain things up,” Fichtner said on Thursday. “If you’re playing with two tight ends and they happen to be playing in two tight end sets and then a single one receiver-type sets, they’re playing an awful lot of football too. You have to balance the act. Derek is more than capable of playing in a lot of different ways. I’m excited moving forward there. Again, when he has been in the ball game, he has done his job and has been very successful, and we are excited about that.”

To date, Derek Watt has played just 14 offensive snaps in the team’s two games with three of those being kneel-down plays. 10 of the other 11 offensive snaps that he’s played so far included two tight ends and a running back being on the field with him at the same time.

With Sunday’s game being against the Texans, Fichtner was asked on Thursday if Derek Watt has been in his ear a lot this week requesting to play more offensive snaps so that he can go up against his older brother J.J. Watt quite frequently.

“I’d love to say yes, but [Derek]’s been in my ear since the day he got here,” Fichtner said. “I love it. He’s a football player first. You see that evident in what he brings to special teams, and you’re going to continue to see it offensively with us.”

The last time that Derek Watt played against older brother J.J. Watt was just last season in a week 3 game between the Los Angeles chargers and the Texans. The Texans won that game 27-20 and Derek Watt only played 8 total offensive snaps in that contest. On one of those eight plays, however, Derek Watt was able to get a rib shot in on J.J. Watt. On Wednesday, J.J. Watt was asked about that rib shot last season from his younger brother.

“I won the game, so it doesn’t matter, but yeah, he tossed a chip in the ribs,” J.J. Watt said on Wednesday. “That’s what he does. He’s a pesky little fullback. He sticks his elbow in your ribs as you’re pass rushing and then he goes on his way. We’ll see what happens on Sunday. We’ll see how it all comes down.”

J.J. Watt is a prime Texans defensive player that must be accounted for by the Steelers offense throughout Sunday’s game and Fichtner made it clear on Thursday that he’s well aware of that.

“We’ve got certain protections that only go one way. He generally likes to line up on one side,” Fichtner said on Thursday. “I wish I could say he lined up in one spot all the time, but they move him around a lot. Equal opportunities for our offensive line for everyone to get a piece of [him]. Backs have to do their job when presented with potential chips and bumps and tight ends and we’ve got to be thoughtful in protection schemes. Thoughtful in play action schemes, because he is a beast. And there is no other way to put it. And we are talking about maybe one of the best to play up front in the history of the game.”

We’ll be counting snaps closely on Sunday and especially when it comes to Derek Watt. He should log 10 or more offensive snaps on Sunday against the Texans and maybe even close to 20 if the Steelers wind up having a nice fourth quarter lead. In summation, there’s bound to be a snap or three that include Derek Watt and J.J. Watt making contact with each other.

J.J. Watt enters Sunday’s game against the Steelers with six total tackles and two sacks, which his half a sack less that brother T.J. Watt currently has for the season. Sunday will mark just the third time in over 100 years that three brothers have played in the same NFL game.

“It’s a special moment for the Watts, and I’m excited for really all three of them,” Fichtner said on Thursday. “It’s unbelievable as a family and to be a part of that in a second year from Buffalo last year with the Edmunds [family]. It’s just really exciting. I know he’s [Derek] been tugging, but I’ll be honest with you, the truth is he’s been tugging, and it wasn’t just this week. I bet if I asked him the level of that tug, it was probably a little bit firmer this week.”