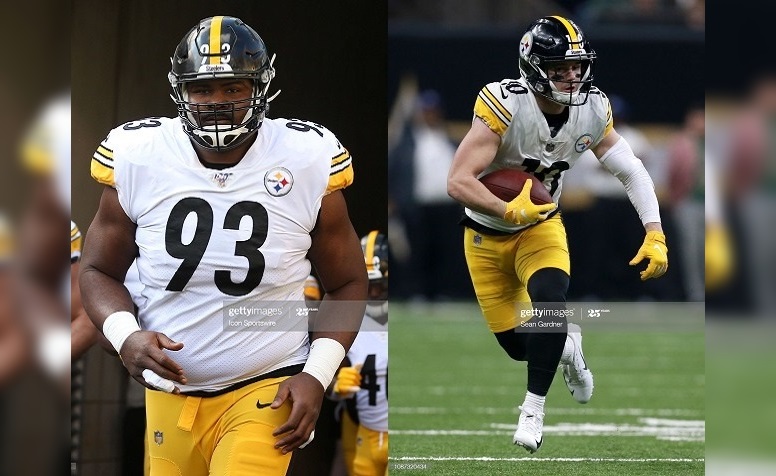 More than usual, the Pittsburgh Steelers parted with a couple of notable players in their 53-man roster cutdown yesterday that the majority of fans felt were probably safe to make the team. One was Daniel McCullers, who had been with the team for the past six years, and the other was wide receiver Ryan Switzer, going into his third season in Pittsburgh.

Not that anybody was high on these players in terms of their abilities, but by following what the team would say about them and their patterns throughout recent history, it seemed obvious to most that these two players, and to a lesser extent, some others, were pretty safe bets to make the team.

Additional surprises were choosing, at least for now, to go with only five wide receivers and four outside linebackers in favor of nine offensive linemen and six cornerbacks, but it should be noted that these are surely the 52nd and 53rd positions to be decided, and very well could change several times throughout the year.

Other players of note who were released were wide receiver Deon Cain, whom many assumed would be the sixth wide receiver (there currently isn’t one, as mentioned), as well as outside linebackers Tuzar Skipper and Jayrone Elliott, even though both of them were cut by the team a year ago.

Any combination of these five players could over the course of the next couple of days find their way onto the Steelers’ practice squad, with McCullers and Elliott instantly becoming street free agents who can sign right away because they do not have to clear waivers. Cain, Switzer, and Skipper, all of whom have fewer than four accrued seasons, would have to clear waivers before the Steelers could attempt to sign them.

Another player worth mentioning is running back Wendell Smallwood, whom the teams signed once training camp already started. After one practice, head coach Mike Tomlin stated specifically that they were more interested in bringing in players such as him knowing that they would have the opportunity to sign them to the practice squad.

As a recap, teams are now allowed to sign players of any accrued experience to the practice squad. For the 2020 season, due in part to Covid-19, teams are permitted to sign up to six veteran players in this way.

If a player like McCullers is unable to find any other opportunities—and realistically, that would not be surprising—the team may well want to sign him to the practice squad, and if so, they will have already informed him of this.

Any veteran who is released, however, would be advised to explore his market first before signing a deal to join a practice squad. They can still sign with other teams while on a practice squad, but they wouldn’t be able to take free agent visits.

The long and short of this is to remind you that you may not have seen the last of McCullers and Switzer. They may even wind up back on the 53-man roster and in a game at some point this season.