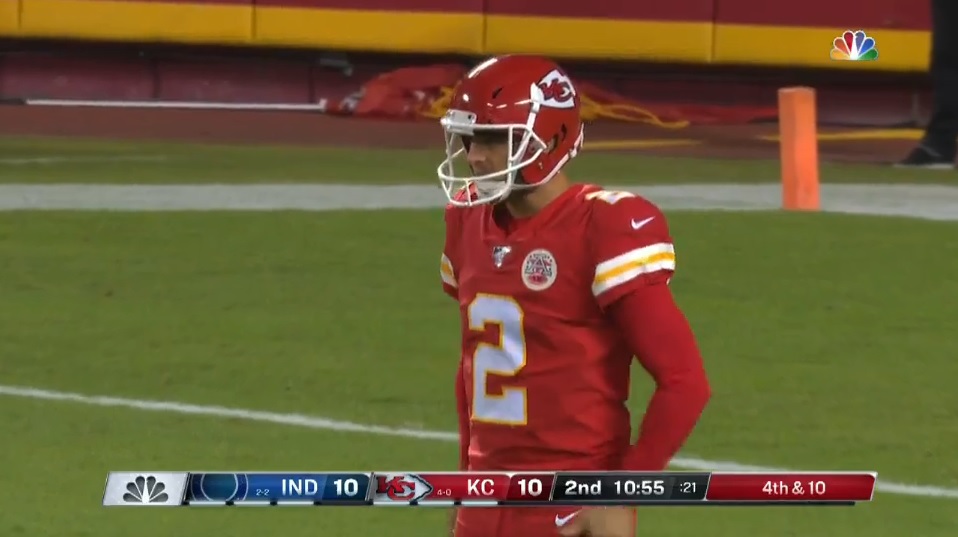 For the first time since 2015, the Pittsburgh Steelers have a new punter. Jordan Berry was clearly never an All-Star. But he wasn’t quite the embarrassment a portion of the fanbase made him out to be. He was average, probably a little below, but did relatively well the things the Steelers care about. Notably, hangtimes and directional punting.

So is Dustin Colquitt any better?

The tables below highlight some key numbers. Opponent return average (and rank) and net average (and rank). Punting isn’t about gross average. Far from it. Just in the way a business isn’t about gross income. It’s about profit – what’s left over. Booming punts with poor hangtime and long returns means guys are about to lose their jobs. The net, the remainder, inextricably tied to return average.

Below are Colquitt’s and Berry’s return and net numbers over the past five seasons. Understand these numbers reflect a unit, not solely the individual. But of course, the punter has a lot to say about these figures, too.

One other point. Yes, Colquitt was aided by the Chiefs’ potent offense the last two years. Shorter fields, more opportunities for directional kicks, which lends itself to fewer return yards. He also just…didn’t punt much at all, 93 times total the past two years. But Colquitt’s numbers remained strong pre-Mahomes when the Chiefs’ offense wasn’t as good and Berry’s numbers weren’t great when the Steelers had a stellar offense in 2017.

Let’s look at another element directly controlled by punters. Hangtime. We can break it down two ways: open air punts (inside your own 40) or directional/coffin corner punts (from your 40 and closer). I chose three games, Week 2, Week 5, and Week 14 for Colquitt, Week 15 for Berry (both had colder, non-dome games to compare). Not the largest sample size but overall, timed 12 punts for each.

Here are those results.

Berry edges out Colquitt in directional but Colquitt wins by a considerable margin in open air. What the numbers don’t show is overall consistency either.

If you measure the variance of each data set, how spread out the numbers are, you get:

Berry almost doubles Colquitt’s variance. Which meant you were getting more highs and lows with his game. Some good punts, no doubt, but some ugly ones too.

Again, the punt team is a unit, an operation, as STs coach Danny Smith always says. And I stand by the fact Berry wasn’t as bad as some made him out to be, though his final month in Pittsburgh last year was about an ugly a stretch as you’re ever going to find. But Colquitt is more consistent in basically every category.

Special teams could be rough to begin the year. Even in Pittsburgh. It was the one unit that saw quite a bit of roster turnover. There’s a reasonable concern over the sloppiness of these units. How assignment sound they’ll be, their ability to tackle, avoid penalties. The best way to curtail those concerns, limit big returns, is to simply not allow any. Force fair catches, pin returners deep, and Colquitt has a track record of success there.