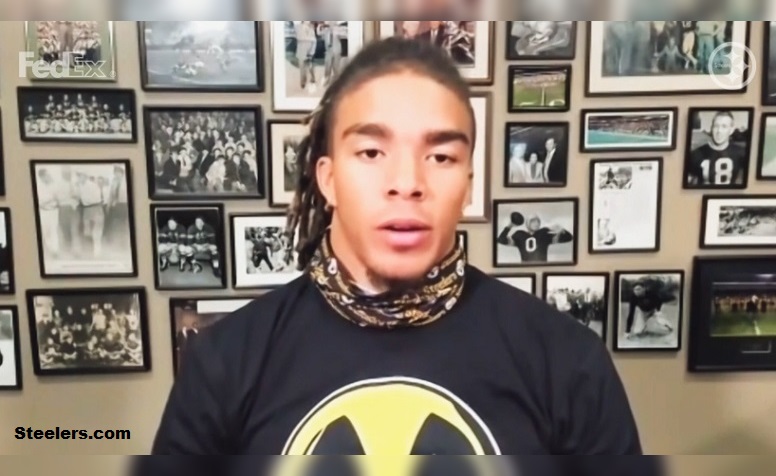 Chase Claypool is expected to be a significant contributor during his rookie season. That might not necessarily come on offense for the Pittsburgh Steelers, but the 6’4”, 234-pounder, basically the size of an outside linebacker, is going to be a key part of the team’s special teams units this year.

During his career at Notre Dame, there was a time as he was gaining more snaps on offense and entering a starting role that his coach wanted to take him off of special teams duty. He wouldn’t allow it, saying that it wouldn’t feel right. Special teams is something that is a part of his job, part of what he knows football to be.

Now, if he becomes a top starter in the NFL, you can be sure that Mike Tomlin is not going to have him running down kick returns and things like that. But that’s a concern for later on down the right. Right now, he is at best beginning his career fourth on the depth chart, if not sixth, behind at least JuJu Smith-Schuster, Diontae Johnson, and James Washington. But he’ll be active and participating on special teams.

The young man spoke to Missi Matthews about how things were going in that phase of the game, especially in light of the fact that they did not have the benefit of the preseason this year to work through that process, something that is difficult to replicate in a practice setting.

“It’s going really good”, he told Matthews of the special teams work, noting that they were doing some ‘live’, meaning tackling, special teams sessions that day, which they hadn’t done in previous camps. “I’m excited about that, see kind of what we can do on that end of the unit and try to put everything together that Coach Smith has been teaching us. And I’m excited to kind of display that too”.

Claypool hasn’t been shy about the fact that, like Washington, he likes the physical aspects of the game, which isn’t necessarily the most common trait among wide receivers. He will relish the opportunity to block in the run game. He will chase down returners and make tackles. He had more tackles on special teams than receptions his first season at Notre Dame.

This might not be the excitement that fans are looking for out of the second-round pick during his rookie season, but the reality is that it is going to be a big part of his contributions. It is not entirely out of the questions that he could see more snaps on special teams than he does on offense throughout the year, or at least the first half of the season.