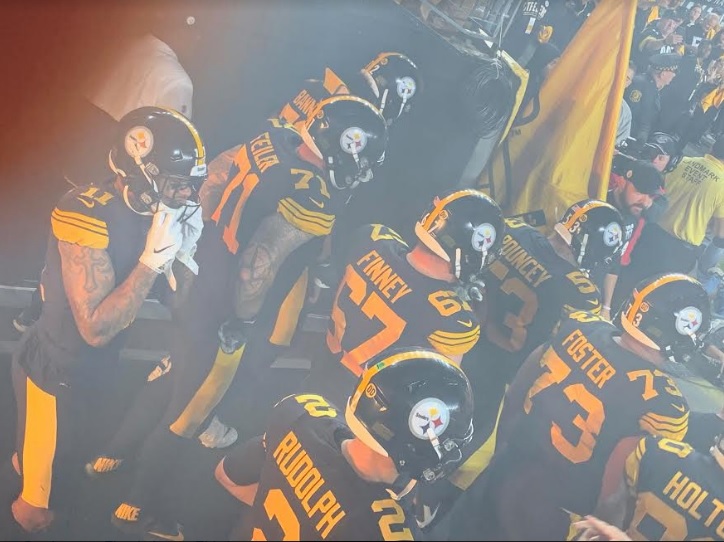 It’s hard to believe real, live NFL football is upon us. It’s been a challenging year, to say the least, but we’re here folks! It’s really happening!

Like others have done on the site to this point, I’ll take my shot at predicting the final Steelers’ 53-man roster with the official cut down deadline of Saturday right around the corner.

I’ll provide some analysis for each position group. As always, please leave your thoughts in the comment section below. I would sure appreciate it!

Pretty cut and dry here. With Roethlisberger back healthy slinging the football around the yard, he’s the man in charge. Rudolph has had an up and down training camp, but he’s clearly entrenched as the No. 2, with Duck Hodges providing some experience as the No. 3.

If you’ve read my work on here over the last few years or followed me on twitter, you know by now that I’m not a big fan or believer in Jaylen Samuels. All that said, Mike Tomlin’s comments earlier in the week about Samuels make him a lock for the roster. Conner will be the bell cow and Snell will be the guy who gives Conner a blow here and there. McFarland feels like the gadget guy. It’s a good room.

This position group has been much been settled since the day Chase Claypool was drafted, if we’re being honest. Will they or won’t they keep six receivers? We’ll find out. It would be smart to keep six. I am going with Cain over Ray-Ray McCloud due to Cain’s physicality and ability to play the X or the Z.

This is one position I think Kevin Colbert would like to upgrade his TE3 late in the game, should an affordable veteran become available through late cuts. Gentry has had an up and down camp, but I’d prefer to get a good blocking tight end into the room as TE3 knowing Ebron isn’t going to be much of a factor in the run game.

Here’s hoping DeCastro’s injury isn’t that serious. This group is getting up there in age but it’s still a solid group on paper. We still don’t know who won the RT job, but with a healthy Roethlisberger and Conner behind them, this group should rise back up some OL rankings with a more balanced offense. I wanted to drop a WR and add an OL here, but I just couldn’t come to grips with that decision right now.

This group seems very cut and dry as well. The top five are a lock, but the one thing I grappled with was possibly placing Henry Mondeaux over Daniel McCullers because of the upside with Mondeaux. McCullers isn’t going anywhere though and will likely see snaps in obvious run situations. That’s fine for your sixth DL.

Mark this as another group that seems very cut and dry. Really, that’s just how the Steelers’ roster is at the moment. Much like tight end, I do think Colbert could look to add veteran depth here once cut downs happen across the league.

I went with Elliott over Skipper despite Skipper having a two-year deal in place. He hasn’t had a good camp and Elliott has special teams abilities. Elliott flashed at times last season and could be a valuable depth piece moving forward.

No real shockers here. These are Pittsburgh’s five corners heading into the 2020 season. It’s been that way since last season.

I honestly thought Antoine Brooks Jr. would be the hybrid safety that would get work with the linebackers, but Marcus Allen stole the show this summer in that regard. Riley provides some experience as the third safety while Jordan Dangerfield continues to hang around.