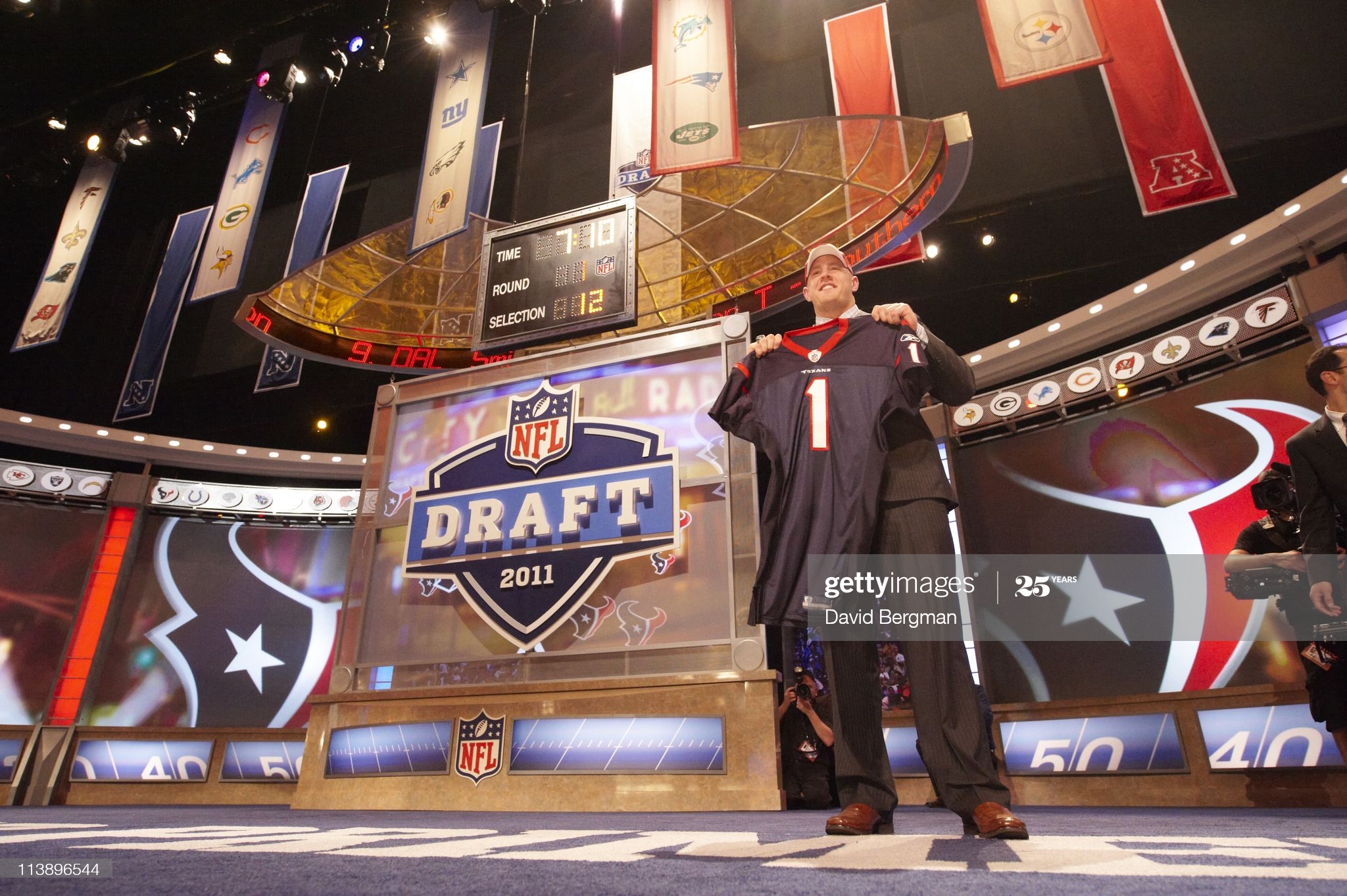 The 2011 defensive end draft class was undoubtedly one of the greatest of all time, with J.J. Watt, Cameron Heyward, and Cameron Jordan ultimately emerging as the big three to come out, but with several other notables having come in along with them.

Watt in particular has had a stellar career, including three Defensive Player of the Year Awards, one of only two people to ever achieve that, the other being Lawrence Taylor. And in spite of the fact that he has had bad luck on the injury front for most of the past several years, he continues to play at a high level whenever he is on the field.

And he will be out there against the Pittsburgh Steelers on Sunday when they host the Houston Texans—as well Watt’s little brother, T.J., who of course will be on the opposite sideline chasing down Deshaun Watson, rather than Ben Roethlisberger.

Heyward talked about coming out in 2011 together with Watt, noting that they actually trained together in Arizona leading up to the event. “We kind of went through the draft process together. Him going to Houston, I had already congratulated him, and I knew he was a big Pittsburgh fan, I was from Pittsburgh, so we got to talking about that”, he said.

“It’s funny to see that we’ve both had sustaining, long-lasting careers so far, but we don’t think the job’s done”, Heyward continued, as both continue to seek Super Bowls, Pro Bowls, and All-Pros. “I know J.J.’s a heck of a player. We’re all just trying to make a lasting imprint on our careers”.

Over the past three seasons, Heyward has produced 29 sacks, been named to the Pro Bowl three times, and has been a first-team All-Pro twice. Watt has only played one full season during that time, but in 2018, he had 16 sacks and was a first-team All-Pro and Pro Bowler that season.

Both are on the field and healthy this year, and both are producing for their teams. Watt already has two sacks and five quarterback hits. Heyward has contributed to half a sack with four hits, and he also picked up his first-career interception on top of that.

The biggest difference is that the Steelers are 2-0 and the Texans are 0-2. Then again, the Texans have played two of the best teams in the league, and the Steelers have played arguably two of the worst, so this will be an interesting litmus test, perhaps moreso for Houston than for Pittsburgh, which actually, on paper, has one of the easiest schedules in the league.

The only question that remains is whether or not the Texans will give J.J. a chance to line up at tight end on the goal line again to see if they can get T.J. to cover him. Both were tight ends by the time they came to Wisconsin before converting to defense and becoming first-round picks.