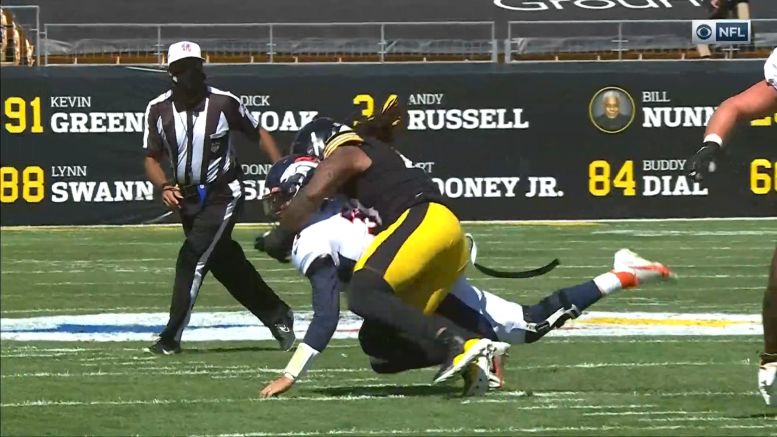 Topic Statement: The Steelers will lead the NFL in sacks for a fourth straight season.

Explanation: Just two games into the 2020 season, the Steelers already have 10 sacks to their name, which over a full 16-game season would translate to 80 sacks. While it’s exceedingly unlikely they continue to put up five sacks per game, it does give them a good head start in attempting to finish the season with the most sacks in the NFL.

Nobody in the NFL has a front four as good as the Steelers have. Nobody can also complement a great front four with a competent blitz scheme the way Pittsburgh can, either. Barring something radical happening, there’s no reason to think the Steelers shouldn’t be the favorite to lead the league in sacks again, which they have in each of the previous three seasons.

One of the biggest reasons for this is consistency. The Steelers are able to apply pressure routinely, no matter the opponent or the approach they take. It might not always generate a high number of sacks, but they will inevitably come when you have that consistent level of pressure.

On top of that, they play some of the most-sacked quarterbacks in the NFL, including in two of their next three games. Both Deshaun Watson and Carson Wentz have been dropped eight times already.

As the fact that the Washington Football Team actually currently leads the league in sacks should tell you, it’s impossible to actually predict these kinds of things. While not as streaky as turnovers can be, sacks can also come and go, but that doesn’t mean the pass rush isn’t effective without them. Bud Dupree’s pressure that produce a red zone interception, for example, was better than if he’d gotten a sack.

The Steelers also face some of the least-sacked quarterbacks in the league, including Baker Mayfield twice, who has only been brought down twice. Lamar Jackson’s six sacks taken so far are actually uncharacteristic (he was in the top 10 in sacked percentage last year), and that can be expected to neutralize by the time they face the Ravens around midseason.