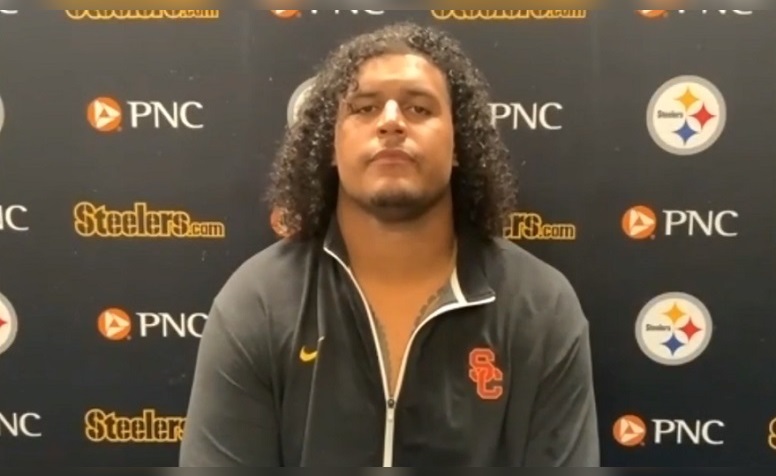 The right side of the Pittsburgh Steelers offensive line will look a lot different Monday night in the team’s 2020 regular season opener against the New York Giants. In addition to Zach Banner being the Steelers new right tackle after winning the job during this year’s training camp, Stefen Wisniewski will be the starting right guard as David DeCastro, who normally mans that spot, is expected to miss Monday night’s game due to knee injury he’s been dealing with. On Thursday, Banner talked to the media once again and during his interview he was asked about what it’s like to play next to Wisniewski so far in practices.

“When you talk about Stefen as a player, he knows all his X’s and O’s,” Banner said. “I mean, what is this 10 years, 11 years? Like, just it’s crazy. Smart guy. Works really, really hard and communicates really, really well. I’m excited. We’re both excited. And he texted me congratulations when it was announced. And it’s one of those things where you put your hard hat on and show up to work next to each other.”

Wisniewski, who was signed to a two-year contract during the offseason, is indeed very experienced as he’s played all three interior offensive line positions throughout his NFL career. That experience he has and his ability to communicate well should help Banner, who will be making his first career NFL start as a tackle Monday night, settle in nicely.

The one and only previous time that Banner has played right tackle in an NFL game was in Week 10 of his rookie season as a member of the Cleveland Browns. Banner played

24 snaps at right tackle in that context with 22 of them being passing plays. While not a perfect showing by him in that contest, it wasn’t awful. He did, however, allow two hurries in those 22 pass blocking snaps. That game, however, is just a distant memory to Banner, the tackle said on Thursday.

“Never really think about it just because it was just a different organization, different team,” Banner said. But when you look back at things like that, it just makes me think right now, man, that’s crazy. Look at those pictures from that game, post-game. Like, look how big I was. Like, my hair was trash. All that stuff. It feels good to be a 26-year-old guy looking down upon the 23-year-old, myself, because that means we’re making progress and we’re getting better.”

The hope is that Banner is indeed much better than he was as a rookie and that he can man the starting right tackle spot moving the entire season. While the former fourth-round draft pick of the Indianapolis Colts is proud of himself for winning the starting right tackle job this year in training camp, he made it clear on Thursday that he’s not resting on his laurels.