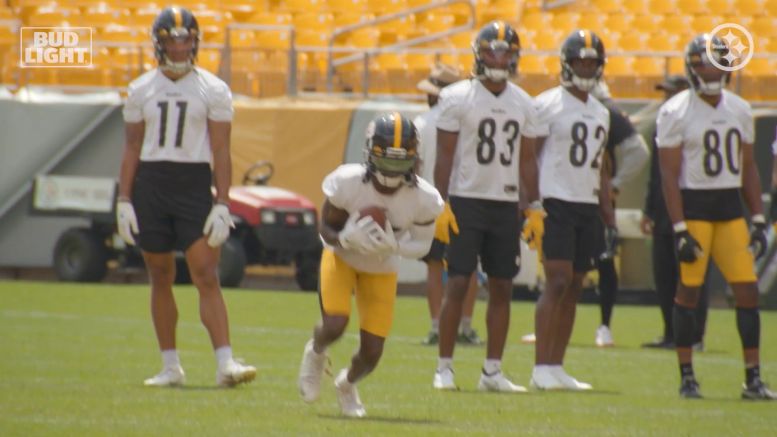 Question: Who will make the final cut as the sixth wide receiver (assuming that there is one)?

The Pittsburgh Steelers carry six wide receivers on their 53-man roster more often than not, and have done so in every year for the past several. The ‘sixth’ wide receiver sometimes depends upon interpretation, because he usually plays on special teams, but then that leaves a guy like Justin Hunter, who was kept for his offensive skillset, on the inactive list.

This year, there are four definite locks to make the team in JuJu Smith-Schuster, James Washington, Diontae Johnson, and rookie second-round pick Chase Claypool. I think a growing consensus is finally beginning to come to terms with the fact that Ryan Switzer is by far the most likely of the rest of the group to be retained.

That leaves one more roster spot for Deon Cain, Amara Darboh, Saeed Blacknail, Ray-Ray McCloud, and DeAndre Thompkins. If we’re placing odds, I think you can quickly eliminate Thompkins and Blacknail, the former only recently signed, and the latter only brought back after being cut when injuries arose.

Between Cain, Darboh, and McCloud, Cain has the most experience with the team, playing in six games. Darboh also has prior in-game experience as a former third-round pick but limited. McCloud has played as well, but primarily as a return man. And they can be looking for a returner.