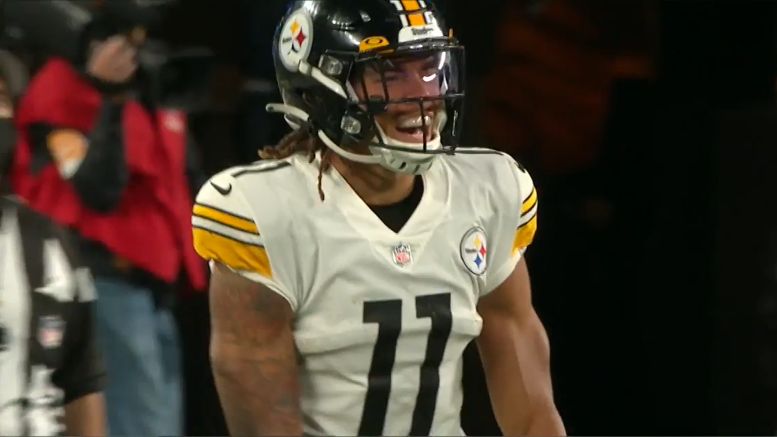 Reasoning: Though he didn’t receive a tremendous amount of snaps, the Steelers did give rookie wide receiver Chase Claypool a few opportunities to make plays, and he made the most of them. He also did well as a gunner—aside from missing tackles, but that can be cleaned up.

It’s probably not that often that we write about rookies in this column after Week One and give them a stock up evaluation, but I feel that second-round pick Chase Claypool earned that with his play on Monday night against the New York Giants.

He did finish the game with three touches (two receptions( for 47 total yards, but his night will be best remembered for the first touch, the first of his career in fact. On a second and long play early in the game, Ben Roethlisberger threw the ball up to him at the right sideline and he highpointed the catch, tapping both feet down before tucking the ball inside and rolling over to retain possession throughout the process of the catch to secure a 28-yard grab.

It was the short of veteran readiness that he seemed to display throughout the night, including on an 11-yard reception during the second quarter that allowed the Steelers to get into more comfortable field goal position.

Even at the end of the game, the coaches showed a great deal of confidence in him in entrusting him with the ball on an end-around on fourth and one. He actually had to beat a defender at the line of scrimmage, which he did successfully, and when he rounded the corner for the conversion, he was smart enough to give himself up, understanding that they could now run out the clock.

I think that, if anything, the season opener showed that the Steelers are not going to hold Claypool by the hand or leave the training wheels on. They’re going to expect him to be a part of the wide receiver rotation, and he will be utilized in certain situations. One thing I noticed was that he was used in heavy sets, which is not surprising giving his combination of size and speed.