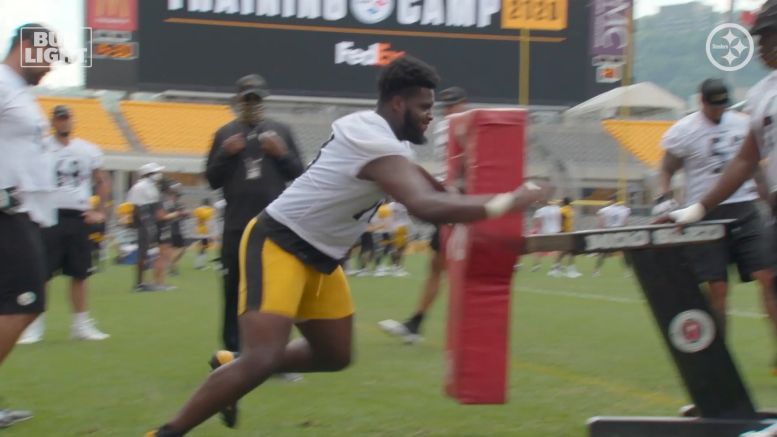 Reasoning: Chukwuma Okorafor was in a training camp battle with Zach Banner for the right to start at right tackle as he entered his third season in the NFL. He lost that battle, and it’s not immediately clear what that says about him and his future.

It says nothing good about you whenever you lose a battle for a starting job. Now in his third season, as a former third-round pick, one would assume that Chukwuma Okorafor should be capable of holding down a starting job. While he has two starts in his career, we don’t know what he would look like over a full season.

And we don’t even know how the battle between himself and Zach Banner went this Summer, outside of the end result. While head coach Mike Tomlin waited until Tuesday to announce who the starter would be, and previously had said that the quality of competition was what made it a difficult decision to make, a lack of visual evidence makes that remark less valuable.

For his third year in the NFL, Okorafor will serve as the swing tackle behind Banner and Alejando Villanueva, neither of whom have ever missed a game due to injury in their careers. In the meantime, he should also take any tackle-eligible snaps the team would choose to use, though that figures to be much more infrequent this season with Eric Ebron having been brought in.

What does the fact that he lost the battle say about him as a player? Does it mean that Banner just played really well, and that Okorafor would also be capable of being a starter? That’s a pretty key question when you consider that both Villanueva and Banner are going to be unrestricted free agents in 2021 and at least one of them is as good as gone, if not both.