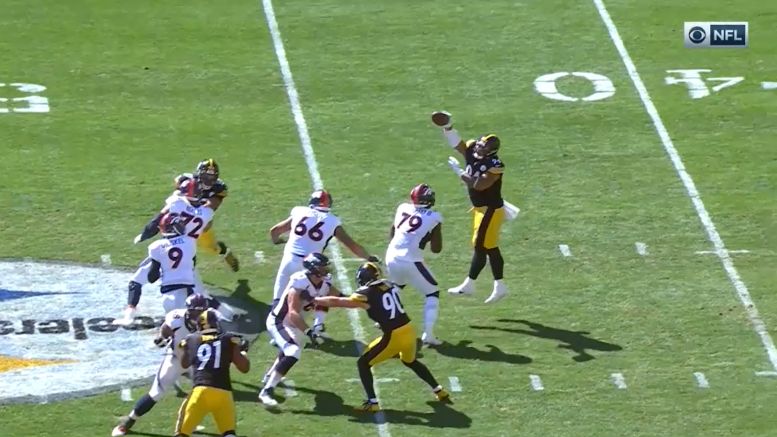 Reasoning: Hey, you know what, there are a lot of guys I could be talking about here, but let’s give some love for the big man, Alualu, making a late-career move inside and continuing to be one of the Steelers’ most undervalued contributors.

Tyson Alualu has been in the NFL for 11 seasons now. He’s 33 years old, and he’s only ever missed one game due to injury in his entire career. This season, the Steelers asked him to move over to nose tackle after losing Javon Hargrave in free agency. So far, that plan has gotten off virtually without a hitch.

He came up big yesterday, for example, with five tackles, one for loss, with a sack and two quarterback hits, plus a batted pass. In the season opener, he had four tackles, two of which went for lost yardage, plus a quarterback hit.

Of course, the Steelers are not using Alualu exclusively as a nose tackle. When they are not in their 3-4 front, he, along with Chris Wormley and Isaiah Buggs (who is the number two nose tackle) all rotate in with Cameron Heyward and Stephon Tuitt to give that defensive line true quality depth, the best that they have had in years.

And so much of that simple has to do with the fact that they were able to plug Alualu in there at nose tackle and remain stout in the run. He is never going to match Hargrave in terms of what the new Philadelphia Eagles tackle can offer as a pass rusher, but he is as good of a run-stuffer as there is on the team, and he’s been contributing to the pass rush as well.

This defense is still far from a finished product, let alone perfect, but I think it shouldn’t be undersold how important it was that they had Alualu to fill this role. The nose tackle isn’t such a big role as it once was, but it’s still something that you need. He’s been that guy, and through two games, has been a very solid defender for Pittsburgh.