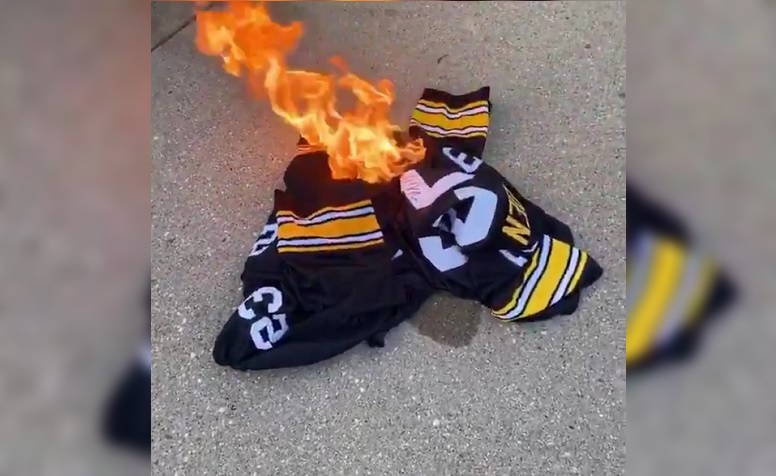 In a level of weirdness matching all of 2020, here’s a video that definitely needs context I don’t have. Former Cincinnati Bengals’ cornerback Pacman Jones posted an Instagram video showing him burning a box full of Joe Haden jerseys sent to his doorstep. Fair warning, some extremely NSFW language in here.

A box of Joe Haden autographed Steelers jerseys was sent to Pacman Jones' house so he lit them on fire: lolol #Steelers

The video is accompanied by a very NSFW caption with Jones tagging Haden. As you can hear Jones say in the video, it doesn’t seem like he knows where they came from. He then douses a few jerseys with a gas can, lights them on fire (nearly burning himself in the process so we’re dealing with a high level of intelligence here) before throwing a couple more on top of the pile.

In my quick research, I wasn’t able to find any overt history between those two. But they were AFC North rivals when Haden was in Cleveland and for 2017 when he became a Steeler. Jones has never been one to hold back how he feels so chalk it up to that, I suppose. You’d think Bengals players would learn not to desecrate Steelers’ apparel by now.

If you can figure out what the heck is going on here, let us know in the comments below. And don’t send Pacman Jones any more Steelers stuff unless you want it extra crispy when it’s returned.

The two apparently had a conversation, Jones saying he burned the jerseys because he thought Haden sent them.