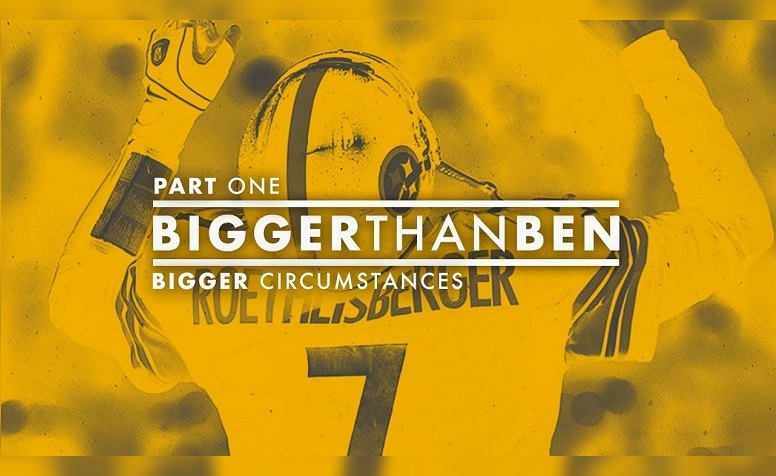 Are you ready for a great video series about Pittsburgh Steelers quarterback Ben Roethlisberger and his recovery from the serious elbow injury that he suffered early during the 2019 season? I hope so because, part one of “Bigger Than Ben,” a documentary style mini-series following Roethlisberger’s offseason recovery from elbow surgery, was released Wednesday morning by Mango Dragon Productions and it’s fantastic.

Part one begins ahead of the 2019 offseason with Roethlisberger, amid public scrutiny, eager to get back on the field in hopes to make the conversation about football again. With the Steelers 2019 training camp starting and things getting back to normal, Roethlisberger and the rest of the team suffer a devastating loss of a wide receivers coach Darryl Drake. Attempting to rally the team and bounce back from that tragic loss, Roethlisberger then suffers his potentially career-ending injury in Week 2 of the 2019 regular season. There is a lot of commentary in this first part from Ashley Roethlisberger, head coach Mike Tomlin and Dr. James Bradley in addition to Ben.

This video series is very well produced, and I can’t wait for the subsequent parts to be released. Make sure you watch part one today.