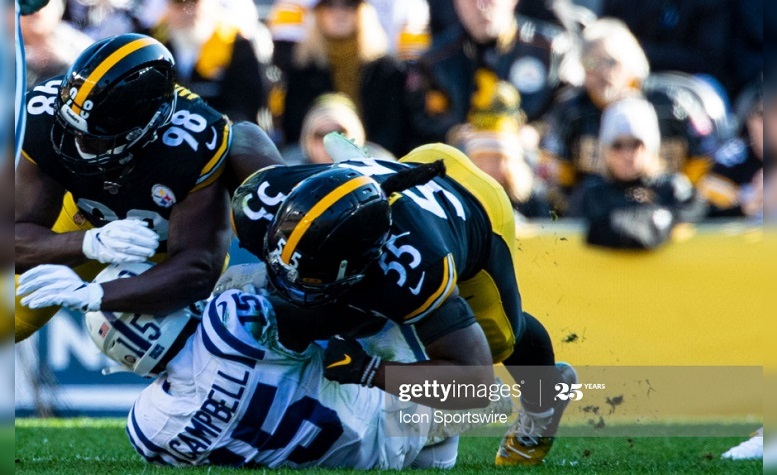 Pittsburgh Steelers second-year linebacker Devin Bush is expected to make a huge jump in 2020 and in addition to that, the team’s first-round selection in the 2019 NFL Draft out of Michigan figures to be making the defensive calls sooner rather than later and thus become the team’s primary communicator on that side of the football.

Recently, Steelers defensive coordinator Keith Butler talked to the media and during his session he referenced what a strong communicator fellow inside linebacker Vince Williams is on defense. On Wednesday, Williams addressed the media and midway through that session he was asked how he feels Bush is coming along in his communication skills and he goes about helping his younger teammate get better in that area.

“Just leading by example,” Williams said. “I tell the Devin all the time that, you know, middle linebackers are vocal communicators, they’re in the middle of the field. And the more you make calls, the more comfortable you get with it, the more people will get confidence in you making those calls. So, you know, he’s just taking it in stride, watching me and seeing how I do things and learning.”

With this being Bush’s second season and on the heels of him playing extensively as a rookie, he’s expected to make a huge jump in 2020. On Wednesday, Williams was asked to think back on the jump he made from his rookie season to his second and if he sees Bush being primed for a jump and if he believes things have slowed down considerably for his inside linebacker counterpart.

“Absolutely,” Williams said. “I mean Devin’s making tremendous strides just in the small detail-like things. For example, he’s got a nice little system that he’s working with. He comes in the building at a consistent time every day and those are things that you don’t really see from a young guy. They don’t really have a formula for success, but I’m starting to see that he’s starting to develop that. And I think he’s going to get better with it.”

Bush led the Steelers in total tackles as a rookie in 2019 with 109 and that’s the first time that’s happened in forever. Bush also led all NFL rookies in total tackles and solo tackle in 2019, tied for second in fumble recoveries, ranked fourth in tackles for losses and tied for third in interception. He became the only Steelers rookie ever to eclipse 100 tackles and his four fumble recoveries tied for second most in the NFL.

The Steelers defense is expected to be great in 2020 with so many players with playing experience returning from the 2019 unit. Bush, at some point during the 2020 season, will be in total command of that unit and to hear Williams talk on Wednesday, the young inside linebacker is on track to tackle that challenge, along with opposing offensive players with the football.