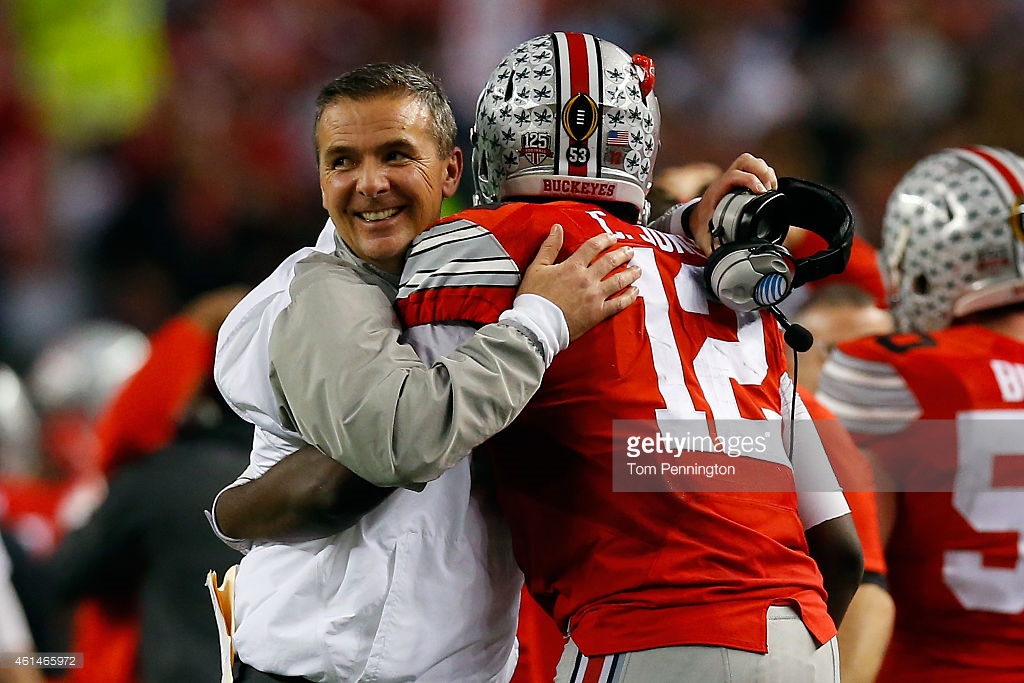 While two of the league’s Power 5 Conferences have already announced that they would be postponing their Fall athletics seasons, including their football programs, both the Big Ten and the Pac-12 left the door open for exploring the possibility of conducting a season in the Spring instead.

Urban Meyer, the former head coach of the most prominent team in the Big Ten, Ohio State, believes it’s not feasible for that to happen, and that, basically, not playing in the Fall means not playing again until a year from now at the earliest.

During an interview with the Big Ten Network, he was asked to give his assessment about the odds of there being a season in the Spring, arguing that there is “no chance” of that happening.

“You can’t ask a player to play two seasons in a calendar year”, was his reasoning. “When I first heard that, I said that. I don’t see that happening, when I hear that. The body, in my very strong opinion, is not made to play two seasons within a calendar year. That’s 2,000 repetitive reps and football’s a physical, tough sport. So I don’t, really don’t, see that happening”.

This is probably the strongest argument against playing in the Spring, because it would mean that teams would also have to play again in the Fall later in 2021…unless you continue to play in the Spring year after year, which nobody, especially the NFL, wants.

the other Power 5 conferences, including the SEC and the ACC, have both issued statements claiming that they intend to continue on as planned with their Fall seasons, and the commissioner of the former even said that he was hoping to gain a better understanding as to why the two other conferences chose to cancel.

However, all parties remained open to the reality that they may have to reverse course and shut their seasons down. Colleges are not built like NFL teams, and cannot reasonably be expected to have the same resources to protect and monitor players to help avoid outbreaks.

The vast majority of conferences and schools involved in current cancellations have already announced that there will be no adverse consequences for the players, that their scholarships will remain intact, and basically that they will remain a student in every sense, even with current restrictions on being an athlete.

There are going to be some very significant names declaring for the 2021 NFL Draft who did not play during the 2020 season, and that is going to make for an interesting draft process, even more interesting than this past year. Rather than focusing on the tape, with the lack of measurements and Pro Days, teams will be forced to rely more on the latter.