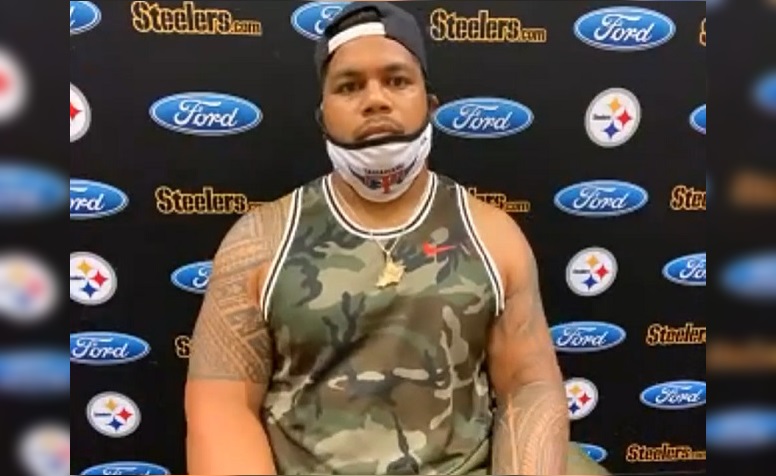 Pittsburgh Steelers defensive lineman Tyson Alualu is now in his fourth season with the team after originally being signed to a two-year, $6 million contract in March of 2017. In his previous three seasons with the Steelers, Alulua, who was originally selected 10th overall in 2010 NFL Draft by the Jacksonville Jaguars, has missed just one game and that was in Week 2 of the 2018 season and due to a shoulder injury.

That lone missed game, by the way, was the first and only NFL contest that Alualu has missed due to injury in his entire career as the other two that he failed to suit up for when he was with the Jaguars were a result of him being a healthy scratch. In fact, Alualu didn’t even miss a game in college as he played in all 52 at California in his four years there.

“I don’t know, I don’t know the secret,” Alualu said on Sunday when asked to reveal his secret to staying healthy. “I just know that I’m blessed to be in good health, and I pray that it continues. But I guess the more and more you play in this league, you learn from just experience or from other guys the best ways to take care of your body. And I think learning that over the years I think has helped. But I think it’s that and just a mentality of if I’m able to go, I’m going to keep pushing through those bumps and bruises.”

In his 10 seasons in the NFL, Alualu, who is making the move to nose tackle this session for the Steelers, has played in 157 regular season games. According to Pro Football Reference, only one other defensive player currently under contract with an NFL team has played in more games than Alualu has since 2010 and that’s Ndamukong Suh, the second overall selection in the 2010 NFL Draft who is now with the Tampa Buccaneers

Last season, Alualu started five games in total and played 432 defensive snaps. The two previous seasons, he played 311 (2018) and 434 (2019) snaps. With Alualu now likely to be the team’s starting nose tackle in 2020, he figures to once again log at least 350 total defensive snaps throughout the season and possibly even as many 500 or so depending on how injuries on the defensive line ultimately play out. For a 33-year-old defensive lineman, what Alualu has been able to accomplish from an availability standpoint is something he seems immensely proud of at this stage of his career.

“Even on days when you don’t feel like it, I think having that mentality and attitude just helps me just be available,” Alualu said on Sunday. “You know, you hear that all the time from the coaches, you know, one of the best abilities is availability and I think I take pride in that being available anytime my number’s called.”