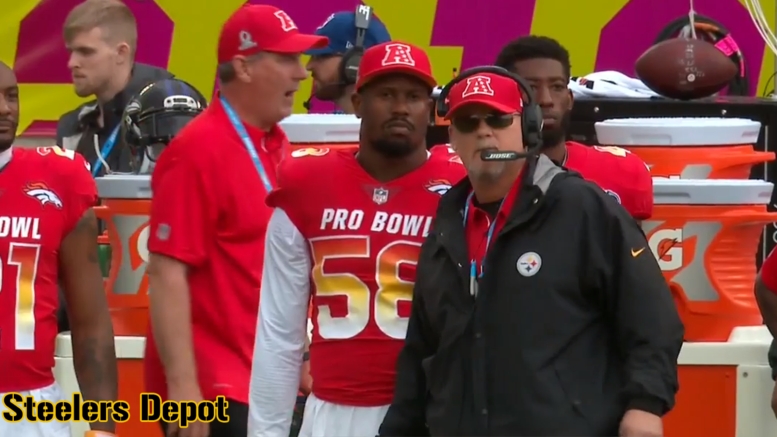 It’s fair to say that Pittsburgh Steelers head coach Mike Tomlin does not ascribe to the notion that too many cooks in the kitchen is a bad thing. Or at least, he doesn’t have a problem with sous chefs coming in and giving the head cook advice where it appears warranted, or useful.

What I’m referring to is Tomlin’s long-head and oft-repeated position that he doesn’t care where good ideas come from. If an assistant coach has a notion for something that the offense or the defense can implement, and it’s agreed upon that it’s a useful thing to do, then the team is going to do that.

And for the head chef…er, head coach, that is, he is appreciative of the fact that his two coordinators—Randy Fichtner on offense and Keith Butler on defense—are open to that sort of input. Of course, their history probably helps them. Both spent around a decade or so with the team in a position-coach capacity before they were promoted to coordinator, so they know that their assistants are capable of contributing as they did.

“I don’t know whether or not it is common or uncommon. I know that it is appreciated here”, Tomlin told reporters last week about the manner in which ideas are transferred within the coaching staff in Pittsburgh under his regime.

“That’s one of the reasons why we’ve had such long-standing business and personal relationships, speaking on those two men”, he added about Fichtner and Butler. “They don’t care who gets the credit. They simply want to win. They display that unselfishness in everything they do and have, over the years, in a number of roles and a bunch of different locations. It’s important to me, and I think it’s a winning edge for us”.

This subject was broached as a result of all the talk about the new concepts that Matt Canada, the team’s new quarterbacks coach, is supposedly bringing to the offense—and is something that a number of different players have already made mention of since training camp opened.

Canada is in his first year in the NFL, but he has an extensive history serving as offensive coordinator at the college level, and he was known in particular for the creativity of his offenses, and how he used pre-snap concepts to put his offense into better positions.

That is definitely something the Steelers could benefit from, and if that is his largest impact on the team, then it will be a worthy one to be sure. Likewise, Teryl Austin, a senior defensive assistant who has experience as a defensive coordinator in the NFL, could supply Butler with some insights from his unique perspective.