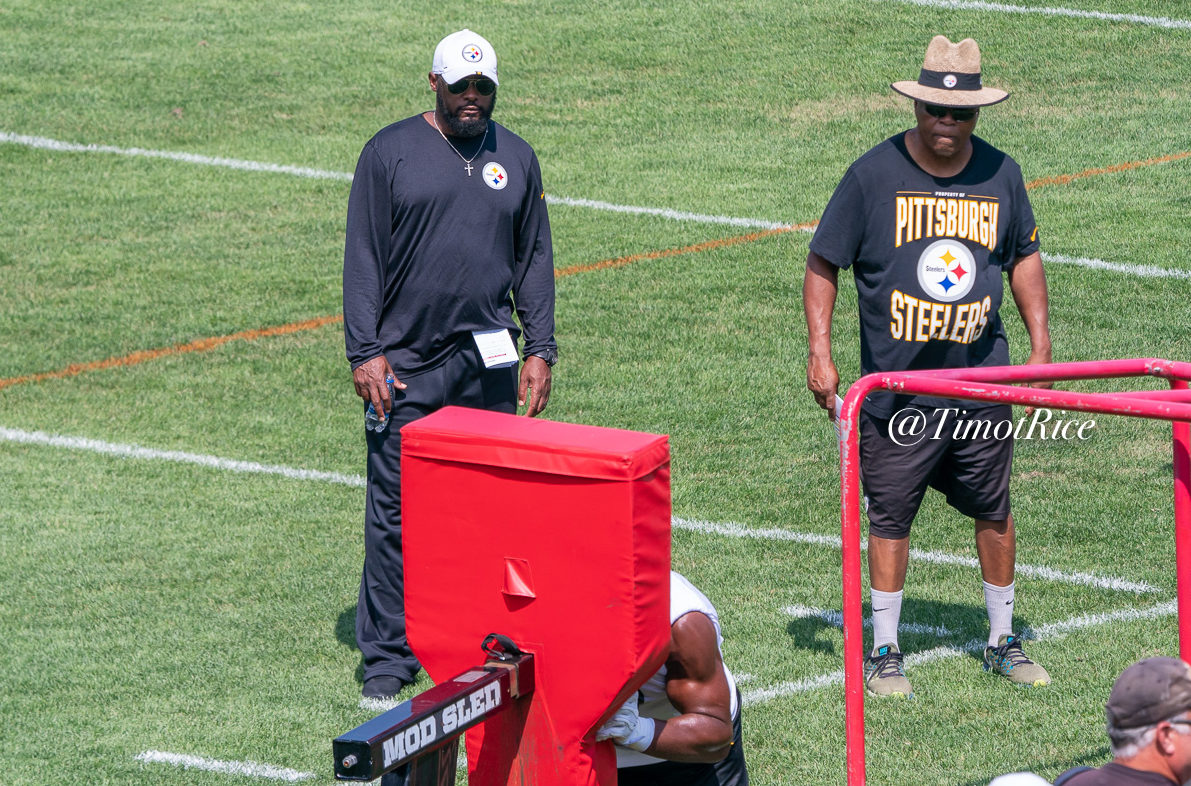 Mike Tomlin has a favorite spot to hang out by at the beginning of most training camp practices. That didn’t change with a new location in Monday’s first padded practices. Tomlin spent plenty of time hanging by the tight end blocking sled, a watchful eye on new and young returning faces.

Speaking to reporters after practice, Tomlin talked about his motivation for that.

“We have some new guys at deposition and that merits some attention to get to know not only in terms of their skill set but how the learning process is going for them,” he said via Zoom. “Excited about the additions of Eric Ebron.”

Ebron was the team’s big free agent signing in the offseason. His impact is less about blocking but what he’ll do as a receiver, particularly in the red zone. The Steelers red zone offense nosedived from #1 in 2018 to #32 a year ago. Much of that had to do to playing without Ben Roethlisberger but Ebron’s impact should still make a difference inside the 20.

There’s also second-year tight end Zach Gentry. He logged just 50 offensive snaps as a rookie but was regarded as a raw player when the Steelers drafted him in the 5th round of the 2019 draft. Ideally, he looks like a different player this time around, especially as a blocker.

As Tomlin went on to point out, something fans who have gone to Latrobe for years, saddling up next to the blocking sled is nothing new.

“What you witnessed is just daily habits for me. The building of fundamentals, letting your pet peeves be known, letting guys know what drills are part of that are a part of individual periods that are important to us and to me. And so I’m routinely watching the tight ends when they’re getting this sled work, because I want to present that consistency to them because I want them to know how important that that skill set is.”

If you’ve read our camp reports over the years, Tomlin’s never been afraid to chirp or praise those guys while they work. And there’s a little added pressure if you’re a young or fresh face with your head coach watching and evaluating. But that’s life in the NFL. Better for those guys to embrace it early on.