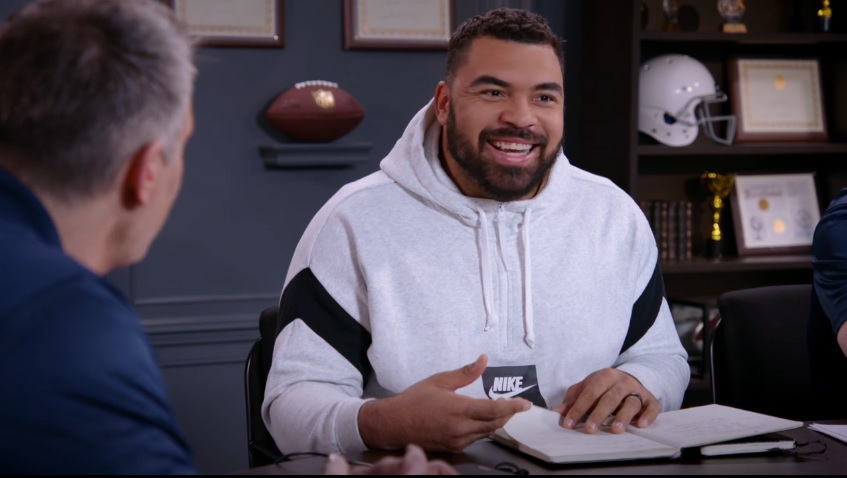 Cam Heyward’s one of the best defensive linemen in football. One reason why is the fact he studies and takes notes like a wide-eyed rookie. Heyward joined Brian Baldinger and Kurt Warner for an informative NFL Game Pass Film Session. Heyward told the group he carries around a journal, always taking notes as reminders he can flip through whenever he needs a refresher.

“Each year I like to bring a journal,” he said. “And just literally jot everything down. Whether it’s Coach T’s thoughts, my thoughts, breaking down the beginning of the week. How we played, after the game, just where we can improve.”

Heyward jokingly referred to his notebooks as the “Holy Grail” and that they’re for his eyes only. But to be a fly on the wall to know what he’s put down on paper. The notes don’t just start in the regular season nor are they just about what will help him. Heyward begins writing in the spring and pays attention to his teammates, too.

“It starts in OTAs. Voluntary workouts are on here. Just refreshing everything. I’m breaking down my own guys on here. I can get a template on them and line them up with other guys.”

Heyward is what happens when you combine elite talent with elite work ethic. Effort and attention to detail are the keys to take a good talent and make him a great player.

There’s no question being able to sit and learn early in his pro career helped make him a better student of the game. Heyward was part of the Steelers’ previous draft philosophy. First round picks who sat for at least a year before carving out a serious or starting role in the lineup. Heyward didn’t start a game until his third year, biding his time behind the likes of Aaron Smith, Brett Keisel, and Ziggy Hood. Rookies don’t get that luxury today, pressed into the lineup, especially the top round picks.

With his work habits and football IQ, Heyward’s shown what it means to be a professional. That will resonate with the younger faces in the room like second-year Isaiah Buggs and 7th round rookie Carlos Davis. If those guys are smart, they’re buying notebooks from themselves.