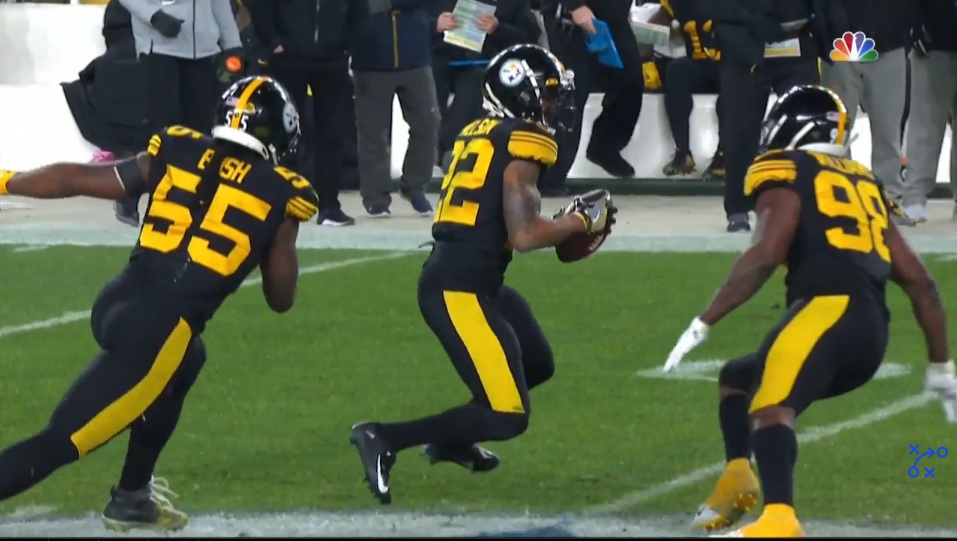 Steven Nelson is the classic cornerback who talks a big game. And last year, he showed the ability to back it up. Despite having a stellar 2019 season, he’s been overlooked by many in the national media, and that’s caused him to enter 2020 with a chip on his shoulder.

Speaking with reporters during a Zoom call Tuesday, Nelson detailed the mindset he’s entering the year with. One that applies to the rest of the secondary, not just himself.

“We all feel that way,” Nelson said via the team website. “We also like underdogs. I just think that gives us the extra chip on our shoulder. We’re not a type of guy that would be satisfied with, you know, previous season. So we’ve been all working hard to try to get our recognition. We work hard. We’re all making a great statement for our team.”

Joe Haden receives more love nationally than Haden but there’s a case to be made both cornerbacks are overlooked by many analysts in the football community. Nelson certainly has an air-tight case. According to our charting, he didn’t allow a single touchdown a year ago. When targeted, QBs completed barely half their passes thrown his way. Yet if you look at offseason lists ranking the top corners, Nelson’s name is almost never found. If you follow him on social media, he knows about it too. Especially when it came to the infamous Madden ratings.

No question a lack of interceptions, Nelson had just one, hurt his national perception. That was largely due to QBs not throwing to his side, leaving him with few opportunities to make plays on the ball. Though he had more picks in his final season with the Chiefs, Nelson was a much more consistent and steady player in his first year with the Steelers.

Regardless of outside noise, Nelson and Haden will form a solid duo again in 2020. Not only are both excellent in coverage but they’re physical players willing to tackle and play the run better than most corners in football. Per our Missed Tackles Report, Nelson missed a tackle just 10.3% of the time, an excellent number for anyone, let alone cornerbacks who tend to have a higher rate.

As Nelson also pointed out in his Q&A, the secondary is almost entirely unchanged from a season ago. All starters return and the cornerback room, sans Artie Burns, should be identical to 2019.