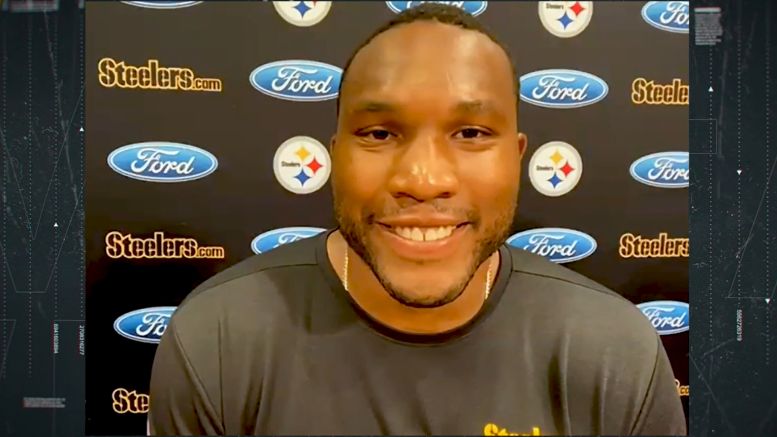 It wouldn’t quite seem like the year 2020 if a day went by without broaching one ‘controversial’ subject or another, and the Pittsburgh Steelers didn’t disappoint. During the media rounds earlier today during practice, reporters asked defensive lineman Stephon Tuitt to elaborate on his stance regarding the national anthem.

The seventh-year veteran in recent weeks took to Twitter to let it be known that he would be standing for the national anthem when it is played before games this season. The topic entered the national spotlight once again in the wake of the murder of George Floyd in Minnesota at the end of May, which sparked nationwide protests at a level previously unseen.

Professional athletes across the board began to weigh in more than ever before, pushing their leagues to address hard topics. A coalition of NFL players, for example, basically got Roger Goodell to publicly apologize for the league’s previous stance on players choosing to kneel for the national anthem.

On July 27, Tuitt said on Twitter, “I’m not kneeling for the flag and screw anybody who have a problem with that. My grandmother was a immigrant from the Carribean and age worked her ass off to bring 20 people over the right way. She had no money and educated herself to be a nurse. She living good now”.

I stand for the flag because I am a proud American. Like previously stated, this country has provided and rewarded my family in so many ways through our perseverance and hard work. I will continue to honor my country and be an example to my children to stand for what they believe in. In regards to police brutality and the black lives matter movement I will support these causes through other means. It’s unfortunate that a couple unprofessional individuals have caused such havoc on our country and damaged the trust of its citizens. I will not let those individuals steer me from the fact on the opportunity this country gives for everyone. God Bless.

Regardless of what transpires, I think one thing that’s clear is that Tomlin is not going to do what he did in 2017, which is to force his locker room to come together and present a ‘united front’. There were players who wanted to kneel back then, but the team voted to remain in the tunnel during the anthem instead.