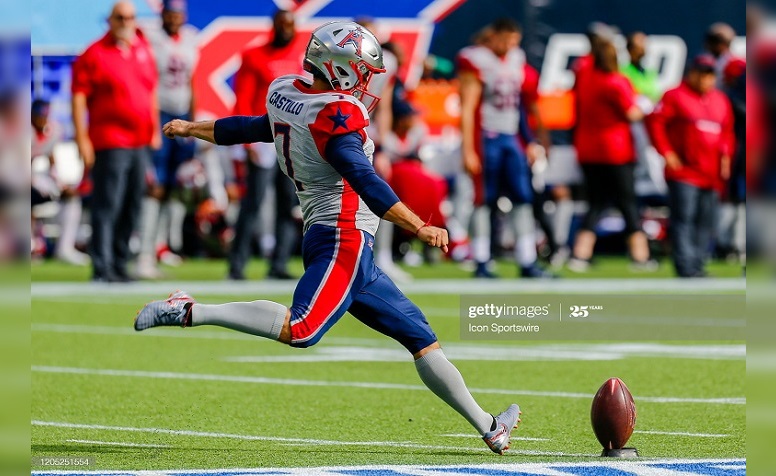 We found out on Saturday that former CFL punter Richie Leone had a tryout scheduled with the Pittsburgh Steelers and the NFL transaction report from Sunday shows that a former CFL kicker also accompanied him.

According to the official NFL transaction sheet from Sunday, Leone and former CFL kicker Sergio Castillo are listed as tryout players for the Steelers.

Leone, I wrote extensively about on Saturday, As for Castillo, however, like Leone, he opted out of his CFL contract recently after the the league canceled their 2020 season due to the ongoing cornoavirus pandemic.

Castillo is a veteran of four CFL seasons, appearing in games with the B.C. Lions, Hamilton Tiger-Cats, Ottawa Redblacks and Winnipeg Blue Bombers. Also like Leone, Castillo can kick and punt.

In his last four CFL seasons, Castillo has registered a 44.4 punting average on 134 total punts in 38 total games played in. The >West Texas A&M product has also made 80 pf his 92 total field goal attempts in the CFL and 55 of his 60 extra point attempts. His career long in the CFL is 57 yards.

After going undrafted in 2014, Castillo was signed by the Atlanta Falcons. After failing to make the Falcons as a rookie, Castillo spent the next four seasons in the CFL with three different teams. He then was signed by the San Antonio Commanders of the AFL but did not make the team as he reportedly had been dealing with patellar tendonitis.

After playing for the Lions in the CFL in 2019, Castillo was drafted by the Houston Roughnecks in the 2020 XFL Supplemental Draft. He was 5 of 9 on field goal attempts with the Roughnecks prior to the XFL folding.