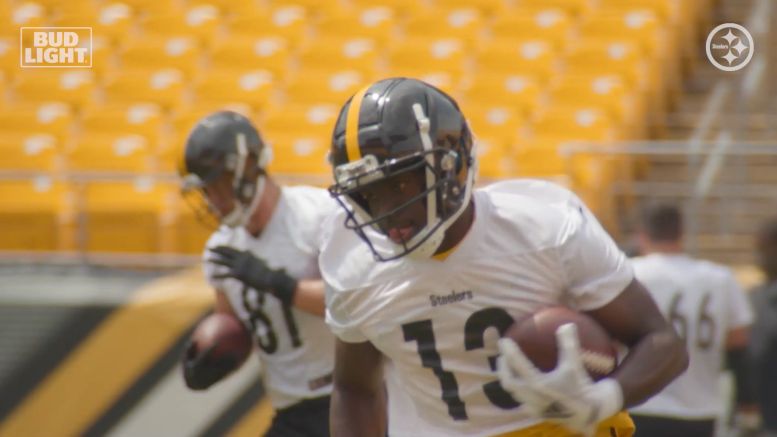 Since the start of training camp, over 100 players had at one point or another been placed on the NFL’s newly-established reserve/Covid-19 list, which will remain a fixture throughout the 20202 season, and perhaps beyond as long as it remains relevant. Almost every team had at least one player on it at some point.

The Pittsburgh Steelers had a total of four players filter through the list, including James Washington as the most significant name. With third-year running back Jaylen Samuels activated from the list now, their roster is entirely cleared, in an important step forward for the team, and for the NFL.

In fact, as of this writing, there are 15 teams who have zero players on their reserve/Covid-19 list, and that does not include John Ross of the Cincinnati Bengals, who has temporarily left the team for the sole purpose of caring for his young son, who was recently diagnosed as positive and has gone to be with him in California (the child’s mother has also tested positive).

By my count, there are only 24 players remaining on the reserve/Covid-19 list throughout the league, including Ross, with the most recent addition being Pro Bowl cornerback Xavien Howard of the Miami Dolphins.

The Green Bay Packers are the only team that I can see who has more than three players remaining on their reserve list, including kicker Mason Crosby. Two other teams have three players on their list, those being the Jacksonville Jaguars and the New York Jets, with all other teams having two or fewer players yet to be activated.

According to the NFLPA, there were 64 ‘player positives’ since players began reporting to training camp, among nearly 3000 players. Both the NFL and the NFLPA have been pleasantly surprised by the relatively low number of positive tests that they have experienced thus far.

As I’ve written about yesterday, however, both sides agreed to continue on with daily Covid-19 testing for all Tier 1 and Tier 2 individuals indefinitely, aiming for an abundance of caution, arguing that daily testing is key to containing any potential outbreak.

Teams began formal practice sessions earlier this week, and will begin full-contact padded practices on the 17th. Mike Tomlin confirmed earlier this week that the Steelers are among those who plan to begin hitting as soon as possible.

Full-contact sessions will increase the risk of spreading the virus, and obviously that will expand further once teams begin traveling and getting into stadiums, adding more and more variables, which is why the league is keeping up the momentum in assuring that they avoid an MLB situation.