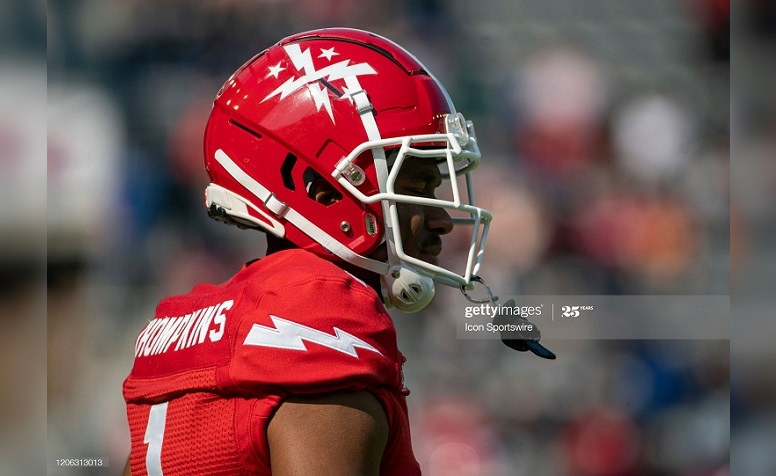 The Pittsburgh Steelers signed one former Penn Sate wide receiver on Friday in the form of Saeed Blacknall and they also had another former Nittany Lion pass catcher in for a tryout as well.

According to the official NFL transaction sheet on Friday, free agent wide receiver DeAndre Thompkins was brought in by the Steelers for a tryout.

Thompkins, who most recently played for the DC Defenders in the XFL, was signed originally by the Philadelphia Eagles as an undrafted free agent following the 2019 NFL Draft.

As a member of the Defenders this past spring, Thompkins caught 7 passes for 85 yards and a touchdown in the four games that he played in. Last year in preseason action with the Eagles, Thompkins caught just one pass for 4 yards.

.@CJ1two storms down the field then drops an absolute DIME to @Everydaydre_ for the TD