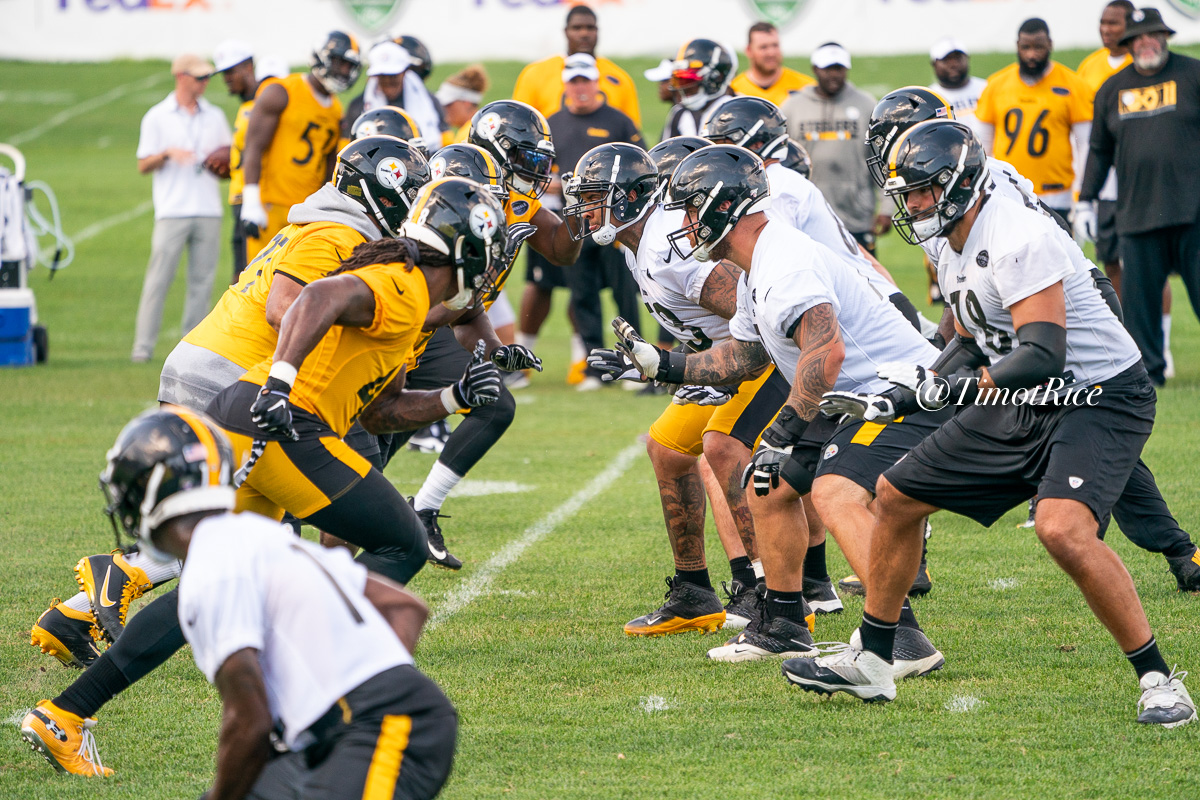 This summer’s goal was to create an on-ramp to the start of the regular season. And the Pittsburgh Steelers are still merging onto the freeway.

Like so many elements of this year’s training camp, the schedule has a slightly different feel. Padded practices began Monday but the team went just two days with them on, including a brisk, 80 minute Monday practice, before practicing just in shells Wednesday. Thursday was an off day before today’s practice, unknown if it’ll be in pads, followed by an evening practice tomorrow.

It’s a change-up from previous camps. Last year, once the pads came on, they stayed on for nine straight practices. This year’s camp schedule wasn’t fully released but last season, days off were rare, once practicing nine times in ten days.

But the Steelers are banking on a more gradual process, something the union fought for, with still weeks to go before the opener against the Giants. On paper, it should lead to fewer injuries which have unfortunately become a common sight around the league. Look no further than the AFC North. The Bengals have suffered key ones, losing DT Renell Wren and star FA signing Trae Waynes. The Browns are an even bigger MASH unit with injuries to RB Nick Chubb, ILB Mack Wilson, and CB Kevin Johnson. Knock on wood but so far, so good for the Steelers, who’ve seemed to avoid anything serious when rookie guard Kevin Dotson suffered a knee injury on day two of practice.

Of course, this year’s schedule is so much different than any others. While the pads came on this week, the team’s been practicing since late last month. In shells so nothing too strenuous but still some wear and tear to begin the year. There’s also less urgency this year to get ready for a looming preseason game. This is obvious to say but structurally, everything is different this summer.

Another factor. Every player needs to shake the rust off, no one can just waltz into a regular season, but the fact the Steelers have so many returning players, so much continuity, probably means they can get away with a slightly toned down practice than say, a team riddled with rookies or a new coaching staff getting eyes on their players for the first time.

Much of that is negative. No offseason, no preseason, the difficulty of evaluating rookies, new players, and position battles. But I wonder if the team will take away any positives from this year. Any changes to the schedule, anything new that can be carried out long-term. They did it during the offseason, seeing the value in working remotely, the downside to the grind that is the Pro Day/draft circuit.