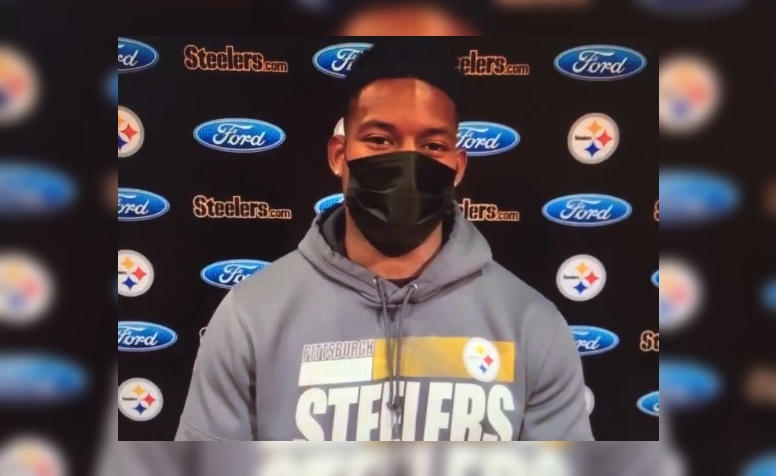 “That’s between my agent and the Steelers,” Smith-Schuster said Monday during a Zoom call, according to Brooke Pryor of espn.com. “At the end of the day, I’m just here to play ball. I’m not going to be the kind of guy that sits out and waits, regardless if there’s a contract or not.”

While Smith-Schuster also reportedly told the media on Monday that he’d like to remain a Steeler moving forward, it doesn’t appear as though he’ll be signing a contract extension prior to the start of the 2029 regular season and it shouldn’t be overly surprising if that’s ultimately the case.

Smith-Schuster’s cap charge for 2020 is scheduled to be $1,335,020 and thus any extension of any value would likely raise it quite a bit. The Steelers are already up against the 2020 cap number as it is so accommodating any sort of contract extension for Smith-Schuster would be tough for the team right now and especially if it were to include any sort of sizable first-year take in it.

With Smith-Schuster coming off of a disappointing 2019 season that included him missing four full games due to injuries and registering just 42 receptions for 552 yards and three touchdowns, it would probably be silly for him to accept any contract extension offer from the Steelers this offseason as it’s sure to be way below what the wide receiver believes is his true market value.

Assuming Smith-Schuster doesn’t sign a contract extension between now and the start of the 2020 regular season, he’ll remain poised to become an unrestricted free agent in March barring the Steelers striking a deal with him or him being given the franchise tag. With Smith-Schuster expected to have a bounce-back 2020 season similar to the Pro Bowl season he had in 2018, he could ultimately put himself in position to be one of the top free agent wide receivers on the market come March.

The Steelers don’t have much of a history when it comes to giving young wide receivers top-of-the-market second contracts so the odds seem stacked that Smith-Schuster will ultimately receive one from the team in the next seven months. If such a deal is to happen for Smith-Schuster, it would likely come after the 2020 season is over and before he officially becomes an unrestricted free agent in March. In the meantime, it didn’t sound like he’s too worried about his contract situation on Monday.

“I’d love to be a Steeler, but at the end of the day, I’m here to play ball and win games,” Smith-Schuster said on Monday.