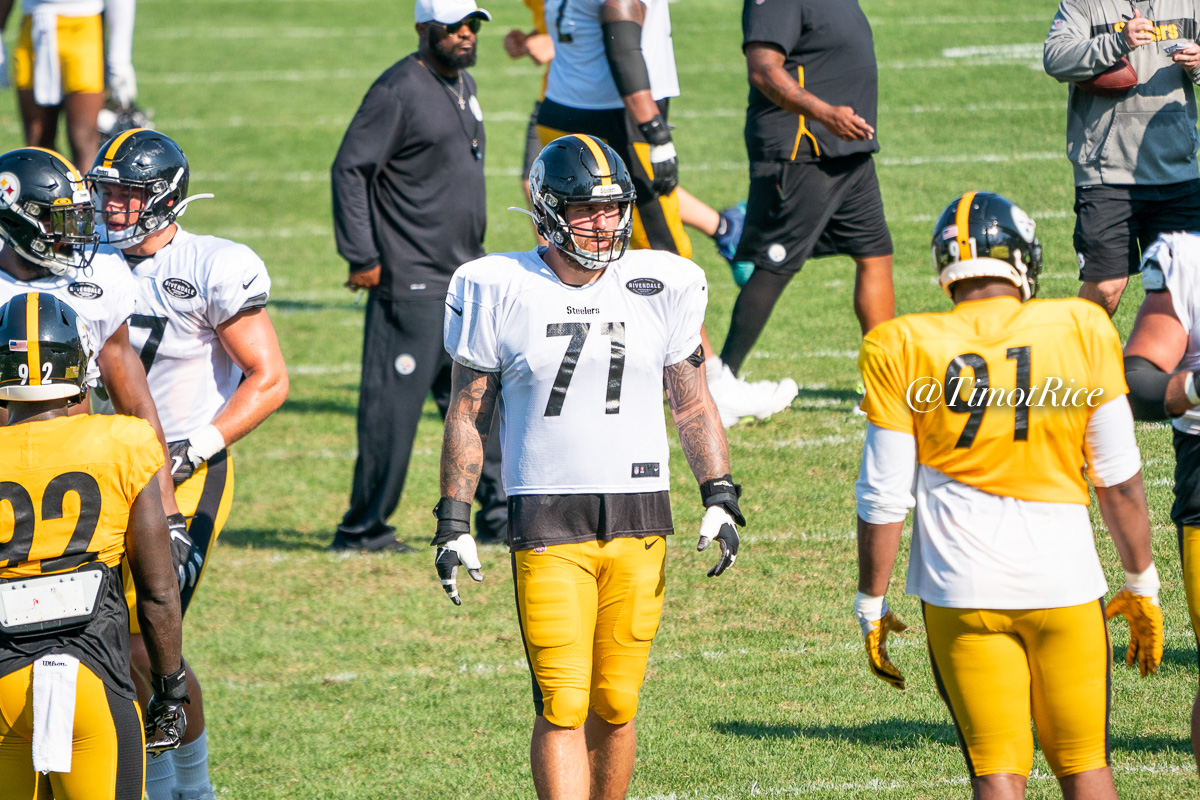 It’s rare for an offensive linemen to play well enough to earn a nickname. But Matt Feiler has one. Offensive line coach Shaun Sarrett has apparently deemed him “Anchor.” You could also call him “Versatility.” Anchor definitely has a better ring to it.

Speaking with reporters on a Friday Zoom call, Sarrett talked up Feiler’s approach to the game and why the team felt comfortable moving him to left guard.

“I had seen Anchor go in there and play left guard at a game last year,” he told reporters via the team site. “Anchor’s done a great job. That’s one thing I’ll credit anchor. He played a high level at tackle last year. He didn’t bat an eye when we asked him to move inside. He’s ready to go. And we appreciate that.”

That nickname stems from Feiler’s strength and ability to “anchor” in pass protection, holding the line against bull rushes and strong defensive tackles who attempt to collapse the pocket. Feiler has been regarded by teammates as the strongest player on the team.

Moving Feiler around is nothing new for the Steelers. He’s worn several hats since the team signed him to the practice squad in 2015. His Pittsburgh career began at guard but saw him kick out to right tackle filling in for Marcus Gilbert before taking over the RT spot full-time last season. But he also started at left guard versus Aaron Donald and the Rams last season and has taken practice snaps as the emergency center.

Sarrett said the plan was to keep Feiler at guard but a change in his body type, not to mention a need at RT, altered things.

“When Matt came in, when we first saw him. He was a big strong guy. So we thought maybe inside to start him. As he progressed over the next couple of years you could see his body change. Commend our weight room guys for that. They completely transformed that guy’s body. And he’s done a great job with his nutrition and everything else. You could tell he leaned up, he looks good, and went out and competed at the right tackle spot for us for a couple games in the preseason. We were like, oh dang, this guy can do it now. This guy has the athletic ability to set out there and play. That’s another thing for him. He can go in and play multiple positions and gives our room flexibility. So if a guy needs a day off or whatever, he can step into another position if needed.”

Such versatility is uncommon. Even flipping sides, left tackle to right tackle, is more difficult than most fans understand. Much less switching sides and positions like Feiler did going from right tackle to left guard. But he’s made it look effortless, the highest compliment you can offer a linemen.

Feiler is one of several Steelers’ offensive linemen to beat the odds, going from UDFA to starter. He’ll look to cash in on a big payday in the offseason, a looming unrestricted free agent, but there’s no question the team has gotten excellent value out of him.