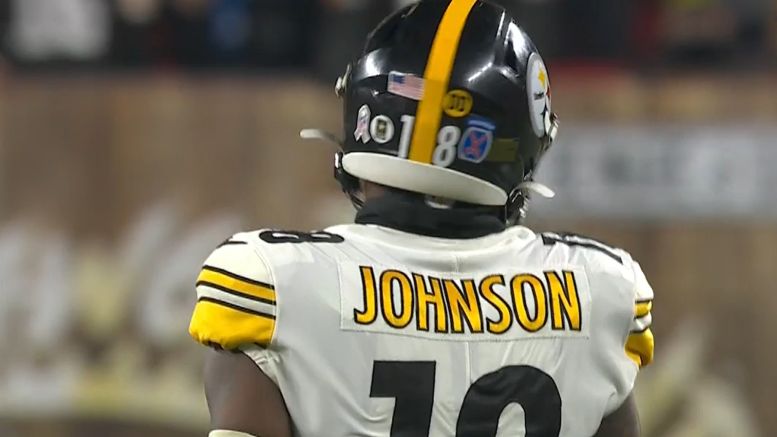 While the Pittsburgh Steelers had an exciting draft class, adding names such as Chase Claypool, Alex Highsmith and Anthony McFarland Jr., it remains to be seen just how much playing time those rookies will receive. That is a by-product of reduced training camp time, a cancelled preseason and the team’s depth at each of the player’s respective positions. While this year’s draft class may not offer much, the 2019 draft class has a huge opportunity to stand out this season.

Devin Bush and Diontae Johnson are the two biggest names to watch. Each will be counted on to take a big step forward on their side of the field. Bush had a great rookie season, starting 15 games while recording over 100 tackles with two interceptions. While there is no doubting his play, the Steelers are expecting the second-year linebacker to take a mental leap, which defensive coordinator Keith Butler alluded to earlier this week.

“We are going to want him to help make calls and get the communication down. We think he’s capable of doing that. We think he’s really going to come alive for us a little bit this year,” Butler continued. “He played well for us last year as a rookie, but once you’ve been there—he’s seen the game a little bit. He knows the speed of the game. He knows what we are going to call for the most part. He’s got an idea of what we are going to expect of him. We’re hopeful that he’s going to be able to have a good year for us this year”.

If Bush can take that mental leap while also maintaining the same caliber of play, the Steelers defense will be in good hands.

As for Johnson, the second-year receiver has many excited for where his true potential may lie. He caught a lot of attention as a rookie and he now has a real chance to put himself on the map in his second season. Year two has been fruitful to other Steelers’ receivers in the past with Plaxico Burress, Antonio Brown, JuJu Smith-Schuster and James Washington all put together phenomenal years in their second season. Now, it will be up to Johnson to follow suit and with a returning Ben Roethlisberger, there is no reason to believe he will not do so.

Other second year players who have an opportunity to bite a bigger piece of the pie this season are Benny Snell, Justin Layne, Isaiah Buggs and Ulysees Gilbert III.

By all accounts, it appears that Snell has arrived a much leaner version of himself this year and that could pay dividends on the field. Should James Conner go down, the new and improved Snell will be the next man up. He averaged 3.9 yards per carry as a rookie but that figure could increase now that he is accustomed to the grind of a full NFL season.

Buggs will likely see increased snaps on the defensive line entering year two and while he may not start, his play will still be very important. If the second-year defensive lineman can hold his own, that will help keep the defensive line’s legs fresh. Layne will likely be a key fixture of the special teams’ unit and will move up a notch in the CB room after the departure of Artie Burns.

While the Steelers will likely live or die on Roethlisberger’s health this season, these second-year players have the chance to add a much-needed boost to what is already a high caliber squad. If they can all take that next step and transform potential into production, the Steelers could be more than just a good team this season, they could be a dominant one.