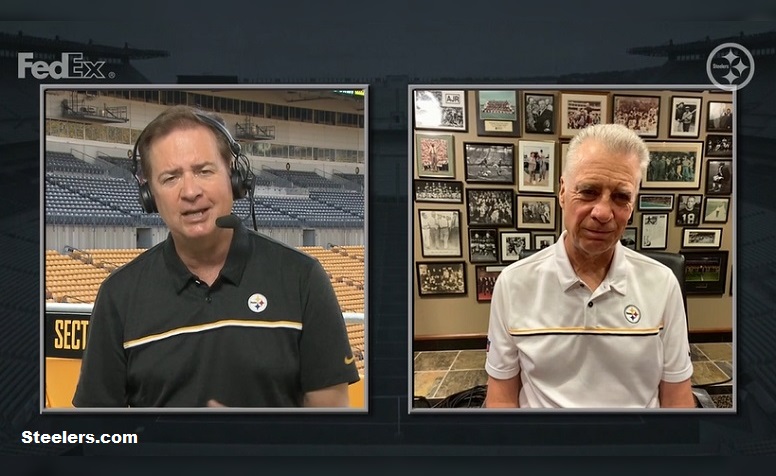 The Pittsburgh Steelers certainly have had an interesting time when it comes to navigating the salary cap this year and that journey likely isn’t finished with just three weeks remaining until the start of the regular season. Additionally, the coronavirus pandemic figures to heavily impact the NFL’s 2021 salary cap number and in doing so the Steelers will be challenged once again after the 2020 season is over with.

Saturday night, Steelers team president Art Rooney II was interviewed by Bob Pompeani on the team’s website and at one point he was asked about the cap challenges the team is facing that includes them possibly trying to sign defensive captain Cameron Heyward to a contract extension in the next three weeks.

“It’s just an unusual year and the planning for salary cap has been difficult, just like everything else about this year,” Rooney said Saturday evening. “So, we’re doing the best, we’re trying to make the best decisions we can make. The good news is I think we’ll have our team pretty much intact going into this season and we’ll just have to deal with next season, next season.”

That’s an interesting response from Rooney and it included him totally sidestepping the indirect question from Pompeani about Heyward’s contract status. In case you’re curious, below was the exact question that Pompeani asked Rooney.

“And like every year there’s business considerations, when it comes to salary caps and I would imagine this is a difficult thing to assess from a business point of view, because you don’t know necessarily how this is going to play out,” Pompeani started. “You don’t know what kind of cap numbers you’re looking at. And yet I know you have guys, you want to bring back and the name that keeps coming up is Cam Heyward, who’s been such a leader on this team in so many ways and I know you want to keep him. How much of that goes into all of this planning, especially when you have to make decisions now maybe that impact the future.”

As I mentioned in the lede, the Steelers probably aren’t done navigating some 2020 salary cap challenges that still exist. They’re almost certain to need more cap space to use for possible in-season moves as the roughly $4 million they have currently is pretty much all spoken for due to them still needing to accommodate 52nd and 53rd roster spots along with a 16-man practice squad.

It’s sort of easy to speculate that at least one more contract restructure is on the way in the next three weeks with guard David DeCastro a likely candidate for such. Additionally, an extension for Heyward could also produce some 2020 cap savings depending on the structure of the deal.

The Steelers still have plenty of time to get things done and that includes signing Heyward to an extension. Even so, the fact that Rooney completely sidestepped the Heyward portion of Pompeani’s question about cap challenges will certainly lead to some speculation that the team won’t get their defensive captain signed to an extension in the next three weeks.