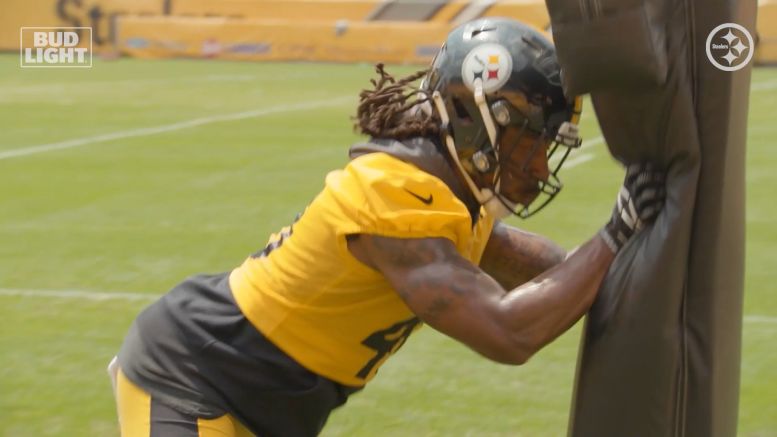 Every year, as I draw closer and closer to finishing off my Ranking the Steelers’ Starters series here at Steelers Depot, it gets harder and harder to flush out the top 10.

This year might be the hardest top 10 I’ve had to put together.

There’s so much talent on this team, it seems unfair in a salary cap era. While some guys in the top 10 moving forward had down years in 2019, and one is returning from a season-long injury, I feel pretty confident with the top 10 I’ve put together.

Just a reminder of how the series has gone so far:

Let’s move deeper into the top 10.

Yes, he struggled with drops and injuries last year, and yes it looked like he struggled to handle the pressure of being the No. 1 in Pittsburgh post Antonio Brown.

No, I’m not using 2019 as the be-all, end-all when it comes to JuJu’s abilities. He’s still an uber talented receiver in many ways and is sort of the face of the franchise at this point, at least nationally.

I think with a healthy Ben Roethlisberger and an emerging combination of James Washington and Diontae Johnson around him, not to mention tight ends Vance McDonald and Eric Ebron, JuJu can get back to his superstar level.

If he does, it might be his last hoorah in black and gold due to cap constraints.

Dupree has put together two very good years following two below average seasons after being a first round pick out of Kentucky.

He’s turned into an elite run defender who consistently sets the edge against some of the best blockers in the game and has really developed his pass rush repertoire to formulate an insanely talented and dominate duo with TJ Watt.

Dupree’s career looks to be on the up and up without a doubt. The problem is, he’s not long for Pittsburgh after failing to get a long-term deal done.  Enjoy 48’s dominance while you can.

Nelson came out and looked like one of the best cornerbacks in football last season, absolutely shutting down one side of the field opposite Joe Haden, helping the Steelers’ defense take a massive leap forward.

Moving forward, I’d like to see Nelson get his hands on the football more, but it’s really hard to complain about a No. 2 CB who came in and dominated week to week like Nelson did. Here’s hoping for more of the same in 2020.