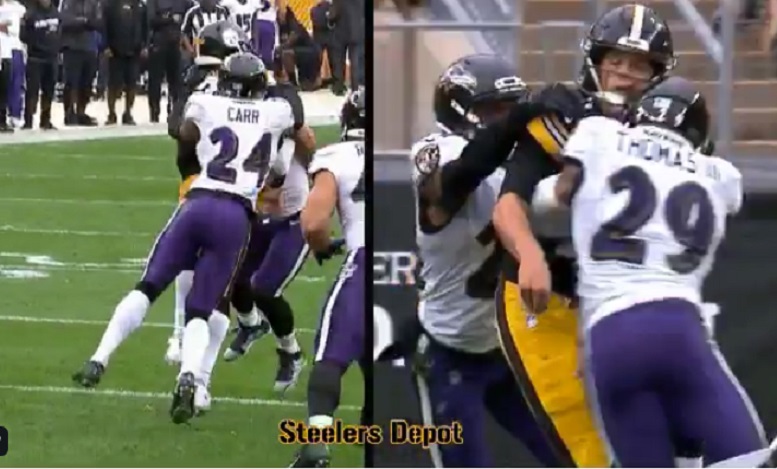 Earl Thomas’s one year in Baltimore sure was an interesting one, and one that didn’t entirely make him look that great, even though he still managed to receive Pro Bowl recognition after what was largely a pedestrian season, at least by his standards, boosted by not just his reputation but the fact that the Ravens were excellent that season, credited primarily to one of the highest-scoring offenses in NFL history.

Baltimore gave the three-time first-team All-Pro a four-year, $55 million contract at the start of free agency, which included $32 million in guaranteed money, the most ever given to a non-quarterback in Ravens history. This was a day after he agreed in principle to a one-year deal with the Kansas City Chiefs.

He would be let go a year and a half later, and now the organization certain seems to intend to come after the $10 million of the guaranteed money that they may have a shot at getting back, which would result in their having paid him $22 million for one season.

His time with the team ended after he punched fellow safety Chuck Clark. Many have said that this is a common occurrence in training camp. Tensions flair when two players go at it all day in the heat. That’s not quite what happened here. For starters, Thomas and Clark play the same position on the same side of the ball. More importantly, this didn’t happen on the field.

According to ESPN, following a play in practice in which Thomas blitzed when he shouldn’t have, which resulted in Clark surrendering a touchdown for not having the help he was supposed to, the latter grew upset and threw his helmet down. The two exchanged words in a conversation that continued once they got to the sideline. As the argument persisted, Thomas punched his teammate.

Again, this was not a heat of the moment incident, and there’s certainly precedent for players physically assaulting their teammates. There was just a recent anniversary of one, a rookie linebacker with the New York Jets punching Geno Smith.

The Ravens did not release Thomas because of one incident, however, nor simply one aggressive incident with a teammate. Early last season, he got into it with nose tackle Brandon Williams, feeling as though the latter should have played in a game in which he didn’t. according to the article linked to above, blows were avoided due to intervention by those around.

That and skipping meetings—he didn’t inform the team that he would be taking the entire bye week off and skipped team meetings in the process—among other issues lead to a pattern of behavior that resulted in Baltimore deciding that having Thomas on the field simply wasn’t worth it anymore.

And now, just weeks before the season starts, they have to turn over the keys to the free safety position to DeShon Elliott, a third-year player who finished his first two season on injured reserve after being selected in the sixth round in 2018. He has six tackles in his career, and 40 defensive snaps played. This might be a good time to begin converting Jimmy Smith to safety.