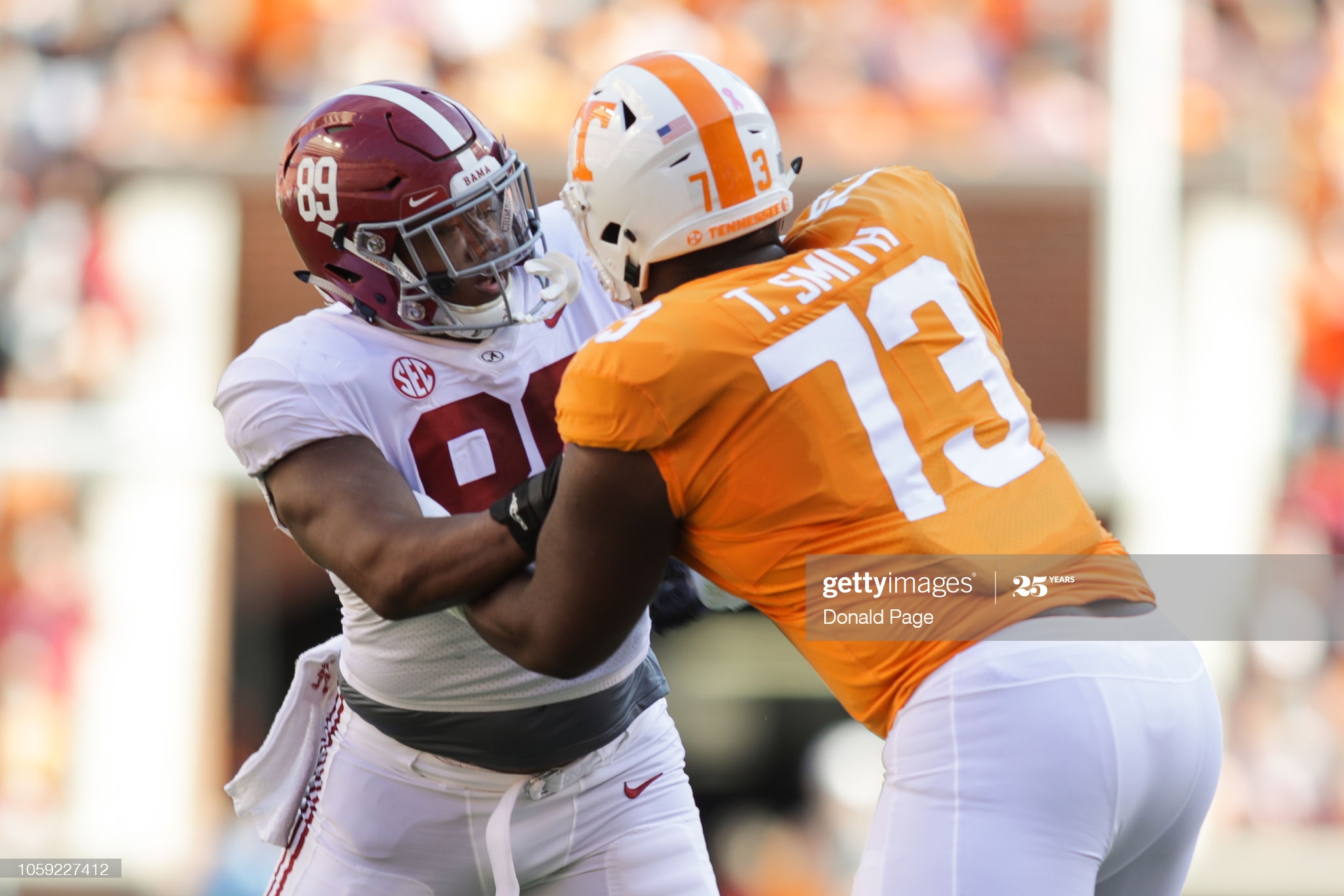 It seems that it’s never too early to start talking about the NFL Draft. I truly believe there are some fans who prefer the draft to the actual season, which, if that is indeed the case, more power to them. And with several college conferences canceling their seasons and prominent athletes opting out to begin preparing for the draft, we’re seeing a lot of draft content already starting to come out.

Earlier in the week, for example, Pro Football Focus already published a mock draft put together by Michael Renner—the draft is not going to be until April, you know, after games are played and all of that stuff takes place.

Using 2020 Super Bowl odds to determine the draft order for the mock, Renner had the Pittsburgh Steelers slotted with the 19th selection in the first round. Last year, they held the 18th pick, though they traded it to the Miami Dolphins. And with the 19th pick in the 2021 NFL Draft, the Steelers are projected to select…Trey Smith, interior offensive lineman, Tennessee. Renner writes:

Smith has the type of road-grader mentality that has made the Steelers line one of the NFL’s best over the past half-decade. He played four different positions along the line in an encouraging true freshman season before blood clots in his lungs robbed him of crucial developmental time. Smith was back and better than ever last year, though, and he didn’t allow a sack all season.

It is a very reasonable pick for the Steelers to go offensive line, perhaps especially interior offensive line, depending on what happens in free agency next year. Alejandro Villanueva, Zach Banner, and Matt Feiler are all set to become unrestricted free agents. In the meantime, David DeCastro and Maurkice Pouncey aren’t getting any younger, and their pipeline of talent is pretty shallow.

Chukwuma Okorafor and Kevin Dotson are basically the young players, along with Banner, about whom there is some optimism that they could be future starters, and Dotson is a fourth-round rookie who hasn’t even seen a preseason snap before.

Okorafor taken in 2018 was the first lineman that the Steelers selected within the first two days of the draft since 2012, when they used first- and second-round selections on DeCastro and Mike Adams, respectively. They also took Pouncey in the first round in 2010 and Marcus Gilbert in the second round in 2011, but since then have largely counted upon their developmental practices.

It is indeed high time for the team to turn its attention to the future of the offensive line with this group of players winding down their careers. That 2012 draft was the last time the Steelers even used a first-round pick on an offensive player, so it’s been a while, to say the least.