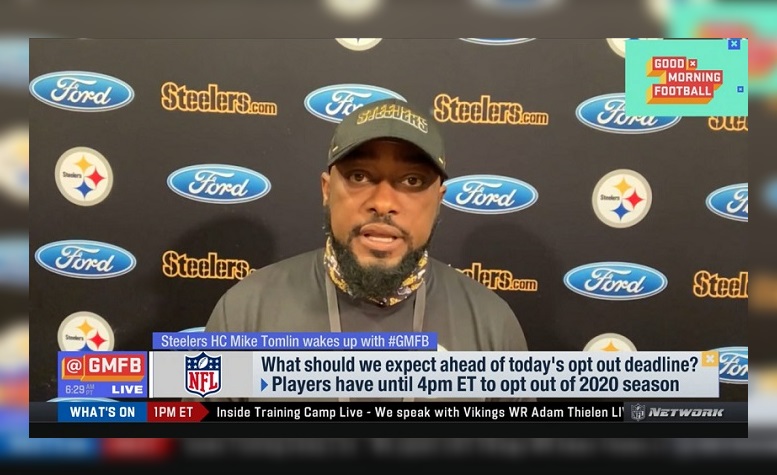 Most of the league by now has trimmed its offseason rosters down to no more than 80 players. By the end of the week, they will have been required to do so. Even still, that hasn’t stopped teams from signing new players or claiming them off waivers as they find themselves without a job, let go by their previous teams.

The Pittsburgh Steelers, for example, have been among those teams who have taken advantage of the start of camp to add some veteran depth. Since the start of training camp, they have signed veterans at the running back and safety positions in Wendell Smallwood and Curtis Riley, respectively.

It took time to get them in, however, and it will continue to take time, because anybody who is brought in will have to go through the same entrance procedure as any other player or member of the staff, particularly with regards to testing for Covid-19.

Head coach Mike Tomlin addressed this earlier, last week, the last time that he spoke to reporters, when he was asked about what the process was like for bringing in players during this process, as the team has already done.

“But that is the circumstance today”, Tomlin continued, “and that’s why you gotta be thoughtful about kind of forecasting where you need to fortify your depth and so forth, because it will take a few days in an effort to get thoughts or plans into action in regards to the acquisition of players”.

With formal practice sessions beginning in two days, the Steelers will have undoubtedly been assessing their roster to ascertain whether or not they are comfortable with what they have available to train with at each position.

For the moment, there don’t appear to be any obvious weaknesses in terms of the number of players available at any given position, but thing can always change in an instant, and that is true now moreso than ever, when you have to worry not only about injury but also illness and the process of quarantining players who have been exposed.

It is an unfortunate reality that the latter is a legitimate possibility. While the NHL and the NBA have so far been very effective, the MLB has dealt with two separate Covid-19 outbreaks since the start of their season, with the situation in St. Louis ongoing. Their series with the Pirates was just postponed, and they now have 46 days to play 55 games.