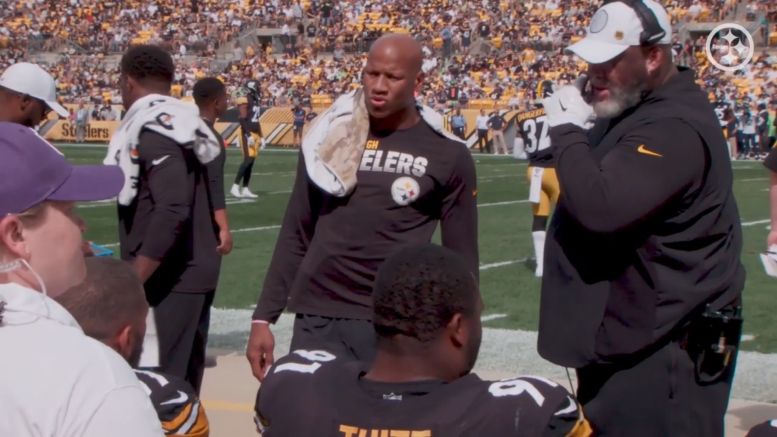 As in life, football is full of what-ifs, and unfortunately, many of those hypotheticals are of a melancholy nature. What if, for example, Ryan Shazier had never gotten injured and had his playing career end in his fourth season? One thing we can say for sure is that he’d have made a lot of money as a two-time Pro Bowler about to hit the year of his contract extension.

As general manager Kevin Colbert said last week, though Shazier will always be a member of the Pittsburgh Steelers, even if he isn’t in the building this year as he was last year, working with the linebackers and then-rookie Devin Bush.

At the time, Colbert alluded to the Covid-19 protocols that restrict the number of individuals that they can designate at Tier 1 or Tier 2 status to have access to the players, the locker room, and the field as a reason that Shazier wasn’t with them. After practice today, Mike Tomlin contradicted that.

“Ryan is not missing because of Covid”, he told reporters. “Ryan is focusing on some transitional things in his life, and that’s where his focus is right now, and he has my and our full support in terms of that. I hope that he’s gonna have some time for us in the future, but as he lays the foundation for the rest of his life, that’s where he’s focusing his energies”.

As you likely are aware, since his injury, Shazier has spent a lot of time focusing on branching out into various other aspects of the football world, the Steelers allowing him to sit in on meetings, both with coaches and executives, and things of that nature. He is undertaking some business ventures as well.

Likely, there is a little of both involved in the reason that he is not in the building this year, even if Tomlin doesn’t want to say it. I don’t think Colbert would have referenced what he did if it wasn’t reality. But at the end of the day, it’s not very important.

Inside linebackers coach Jerry Olsavsky, who coached Shazier, also talked about him today, specifically about the role that he played as a sort of unofficial assistant coach. “Ryan did a great job last year”, he said. “A player like Ryan puts in different pieces to the puzzle a lot, so it’s hard to quantify exactly what he did, but when you have a guy there say ‘hey, that used to happen to me, and this is what I did to over come it’, that really helps, because you know how successful Ryan is, and you’re like, ‘oh, I’m glad somebody else went through this. As I said, it’s hard to quantify the impact that Ryan had last year only because it was so varied. He was great to have around”.

Here’s to hoping that we see Ryan back in the building someday, maybe even in an official capacity, if that is the direction in which his life takes him. We all miss seeing him out there on the field, but any opportunity to see him around is a welcome one.